Scotland's First Minister says a fresh independence referendum Bill will be put out for consultation next week. 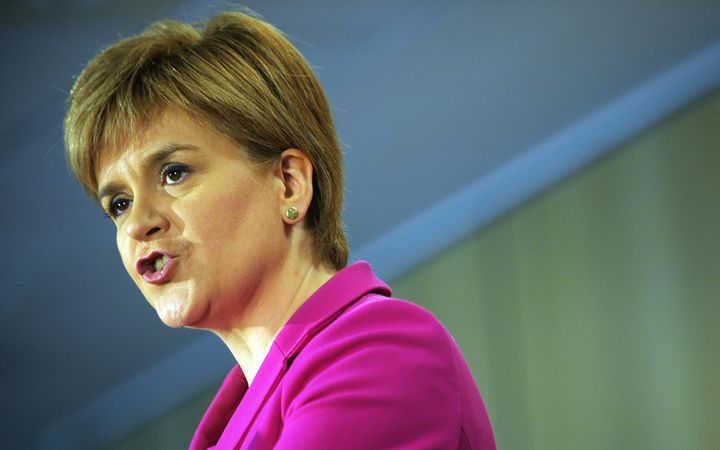 Also leader of the Scottish National Party, Nicola Sturgeon confirmed today consultation would begin next week on the plans for the second Scottish independence referendum.

She said it was part of her strategy to ensure Scotland's voice was heard in the negotiations to take the United Kingdom out of the European Union.

She said there is no rational case for Brexit, and no authority for it in Scotland where voters overwhelmingly voted 'No' in the referendum on leaving, by 62 percent to 38 percent, while the UK as a whole backed leaving by 52 percent to 48 percent.

Scotland also voted 'No' in the 2014 referendum on quitting the UK, rejecting the first independence referendum by 55 percent, but politicians thought the outcome might be different if leaving the UK meant staying in the EU.

Ms Sturgeon told the party's Glasgow conference that an Independence Referendum Bill would be published next week, marking the first step in holding a second vote.

She said Scotland had the right to choose a different path if it was not allowed to protect its interests "within the UK".

"I am determined that Scotland will have the ability to reconsider the question of independence and to do so before the UK leaves the EU - if that is necessary to protect our country's interests," she said.

However, Scottish Secretary David Mundell called on Ms Sturgeon to "commit her government to working constructively with the UK government to seize the opportunities that will bring, not taking Scotland back to the divisive constitutional debates of the past".

"Constant talk of another independence referendum is creating uncertainty and damaging the Scottish economy at a time when our growth is lagging behind the UK as a whole," he said.

Ms Sturgeon's opening address also saw her issue a warning that the right wing of the Tory party was seeking to "hijack" the EU referendum result.

She told the 3000 delegates gathered that the Tories were using the result as a "licence for xenophobia".

She also confirmed that SNP MPs would oppose Brexit legislation when it comes before the House of Commons in 2017.

I can confirm today that SNP MPs will vote against the Brexit Bill when it comes before the House of Commons next year.

"That bill will repeal the legislation that enacted our EU membership. Scotland didn't vote for that and so neither will our MPs.

"But we will also work to persuade others - Labour, Liberals and moderate Tories - to join us in a coalition against a hard Brexit: not just for Scotland, but for the whole UK.

"The Conservative Party manifesto, on which Theresa May and all other Tory MPs were elected said this: 'We are clear about what we want from Europe. We say: yes to the Single Market'.

"The prime minister may have a mandate to take England and Wales out of the EU but she has no mandate whatsoever to remove any part of the UK from the single market."

Responding to Ms Sturgeon's address, the prime minister's spokeswoman said she was "absolutely committed to engaging with the people of Scotland, with understanding their interests and making sure that as we go through the process of negotiating the UK's exit, we do what's in the interest of the UK".