Senior Republicans have condemned obscene comments Donald Trump made about women in a 2005 videotape. 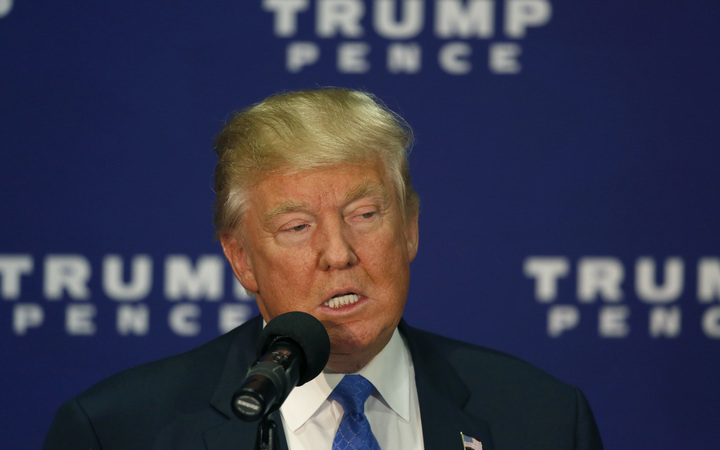 A 10-year-old audio recording of Donald Trump using lewd and sexually aggressive language about women has emerged in the US (file photo). Photo: AFP

In the video, posted by the Washington Post, Mr Trump is heard telling TV host Billy Bush "you can do anything" to women "when you're a star".

The New York businessman bragged about trying to have sex with a married woman as well as kissing and groping others.

Mr Trump later issued an apology: "I said it. I was wrong, I apologise. I pledge to be a better man."

In a filmed statement on his Facebook page, he added that the videotape was a "distraction" from more important political issues.

Earlier on Friday, when the video first emerged, he had dismissed it as "locker room banter" and added "Bill Clinton has said far worse to me".

He attacked the former president in his Facebook apology.

"I've said some foolish things, but there's a big difference between the words and actions of other people," he said.

"Bill Clinton has actually abused women. And Hillary has bullied, attacked, shamed and intimidated his victims. We will discuss this more in the coming days."

After the video became public on Friday evening (Saturday NZT), senior Republicans were harsh in their condemnation of Mr Trump's comments.

House Speaker Paul Ryan rescinded his invitation to Mr Trump to attend the Republican Fall Fest in his home state of Wisconsin this weekend.

Mr Trump said that his vice-presidential running mate Mike Pence would represent him at the Wisconsin event.

Another senior Republican, John McCain, said there were "no excuses for Donald Trump's offensive and demeaning comments".

The video has emerged two days before Mr Trump takes part in the second presidential debate with his Democratic opponent Hillary Clinton.

The two candidates will be in St Louis for the televised encounter, with polling day only a month away.

The clip was part of unaired footage of an Access Hollywood segment ahead of Mr Trump's appearance on the soap opera Days of Our Lives.

"I moved on her like a b***h, but I couldn't get there. And she was married. Then all of a sudden I see her, she's now got the big phony tits and everything. She's totally changed her look."

Later in the conversation, he tells Mr Bush he was "automatically attracted to beautiful" women and often tries to kiss them.

"I just start kissing them," he says. "I don't even wait. And when you're a star they let you do it. You can do anything."

Mr Trump issued a statement shortly after the footage was leaked.

"This was locker room banter, a private conversation that took place many years ago," the statement read.

"Bill Clinton has said far worse to me on the golf course - not even close. I apologise if anyone was offended."

For his part, Mr Bush said he was "embarrassed and ashamed" at the contents of the video.

"It's no excuse, but this happened 11 years ago - I was younger, less mature, and acted foolishly in playing along. I'm very sorry."

"We cannot allow this man to become president," she posted on Twitter.

Mr Trump has said he will not bring up stories about Mr Clinton's infidelities in the upcoming US presidential debate after previously threatening to do so.

House Speaker Paul Ryan said: "I am sickened by what I heard today.

"I hope Mr Trump treats this situation with the seriousness it deserves and works to demonstrate to the country that he has greater respect for women than this clip suggests."