The New York attorney general has served the Trump Foundation with a cease and desist order that requires it to stop fundraising in New York, alleging it is not properly registered in the state. 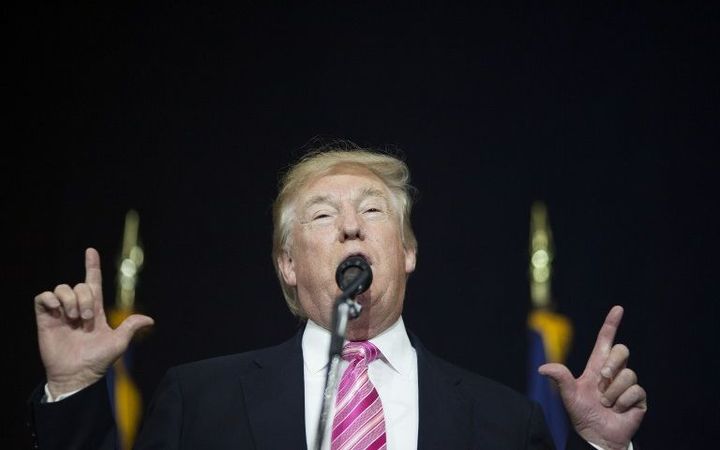 "The failure immediately to discontinue solicitation and to file information and reports ... with the Charities Bureau shall be deemed to be a continuing fraud upon the people of the state of New York," according to a letter dated 30 September that the attorney general's office posted online.

Last week, The Washington Post reported that Mr Trump's charity had been asking for donations from other people without being properly registered in New York state.

The attorney general's letter to ordered the foundation to immediately cease soliciting contributions or engaging in any other fundraising activities in New York.

The order could undercut Mr Trump's efforts to make the Clinton Foundation, the family charity of Democratic rival Hillary Clinton, a central line of attack in his presidential campaign against her.

Mr Trump has attacked the Clinton family charity as a "pay-to-play" operation under which the former secretary of state and her husband, former President Bill Clinton, rewarded big donors to the foundation with access.

The scrutiny on the Trump Foundation came as the Republican presidential candidate was dealing with a torrent of bad news, including the release by the New York Times of tax records that showed Mr Trump taking an almost $1 billion $US916 million loss in 1995 that may have allowed him to avoid paying federal income taxes for up to 18 years.