Hillary Clinton has attacked Donald Trump as the symbol of a "rigged system" after it emerged that he may not have paid income tax for 18 years. 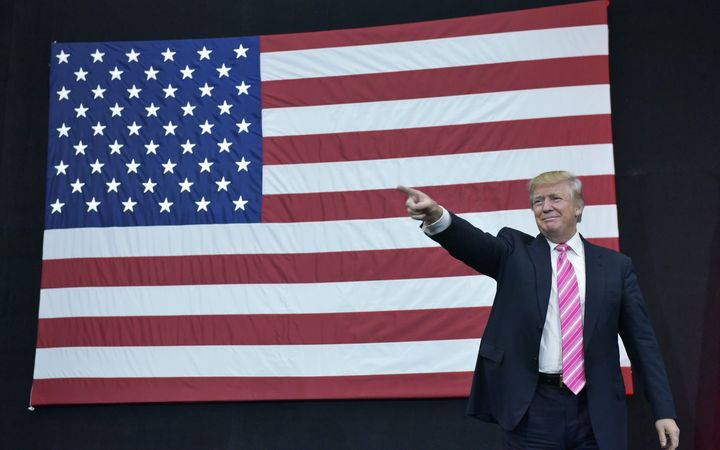 "It's Trump first and everyone else last," said the Democratic presidential hopeful while campaigning in Ohio.

At the weekend, the New York Times claimed Mr Trump might have avoided tax due to a $US1 billion loss he made in 1995.

But the Republican tycoon declared on Monday it showed he had "brilliantly" navigated the complex tax code.

"I understand the tax laws better than almost anyone," he said, adding that as a hotel developer and businessman, he had "legally used the tax laws to my benefit and and to the benefit of my company".

His business acumen makes him uniquely qualified to reform the tax code, he told supporters in Colorado.

But his Democratic rival castigated him as a hypocrite because he casts himself as a change candidate who will reform the system in favour of working people.

"While millions of American families - including mine and yours - were working hard paying our fair share, it seems he was contributing nothing," said Mrs Clinton.

"Trump represents the same rigged system that he claims he's going to change."

The tax row is sure to be continued on Tuesday on the debate stage when the two candidates' running mates, Republican Governor Mike Pence and Democrat Tim Kaine, duel in Virginia.

In other campaign developments:

Mr Trump has been on the defensive for a week, ever since the first presidential debate with Mrs Clinton in which he was widely thought to have been second best.

With five weeks to go until the election, she has pulled five points ahead nationally according to the poll, and is getting away from him in some of the key battleground states.