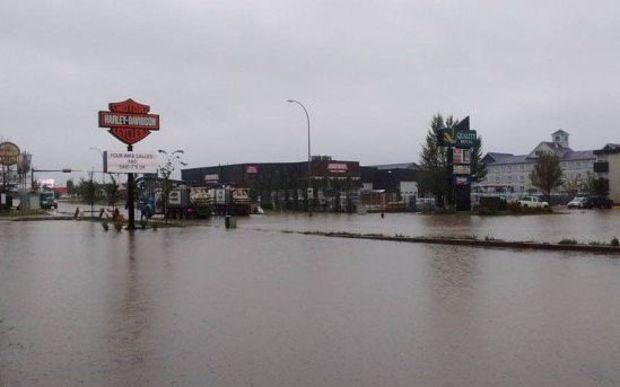 The Alberta city activated its emergency operations centre to deal with flooding for the first time since a massive blaze forced the evacuation of thousands of people in May.

Rising waters led to road closures across the city as emergency crews worked to drain the flooding.

Water levels began to recede on Monday but more rain was expected.

Emergency officials had warned residents to restrict travel and to move any valuables from basements that were susceptible to flooding. 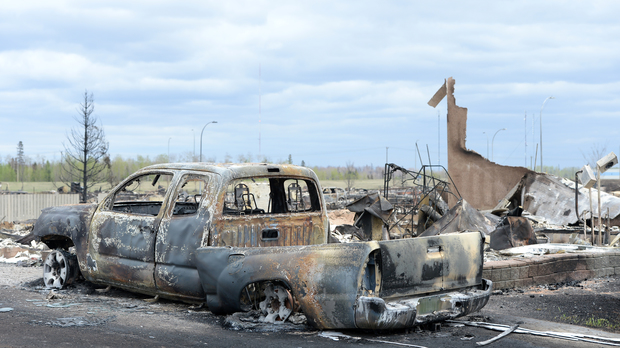 A burned out truck and the remains of a house in the Beacon Hill neighbourhood of Fort McMurray. Photo: AFP

However, a state of emergency has not been declared and residents were not advised to evacuate the area.

The Regional Municipality of Wood Buffalo tweeted on Sunday that road barricades were being removed as roads reopened.

The flooding comes less than three months after the city's 90,000 residents were forced to evacuate in the wake of a massive wildfire.

The blaze destroyed more than 2000 homes and buildings.

Those evacuated during the wildfires were allowed to return in June.

"It's a bad dream," Regional Municipality of Wood Buffalo Councillor Keith McGrath told CBC. "It just seems like it never ends for us ... It's just not our year".

Mr McGrath also said it was unclear how much damage the flooding has caused.