Swathes of homes in fire-ravaged Fort McMurray burned to the ground, while nearby areas are unscathed and dotted with flowers.

The battle to contain the wildfires in west-central Canada has reached a turning point, partly thanks to drizzle and favourable winds, say officials.

But it has blazed a capricious trail. A tour of the city has revealed while entire neighbourhoods are untouched, others are covered in blackened ash. 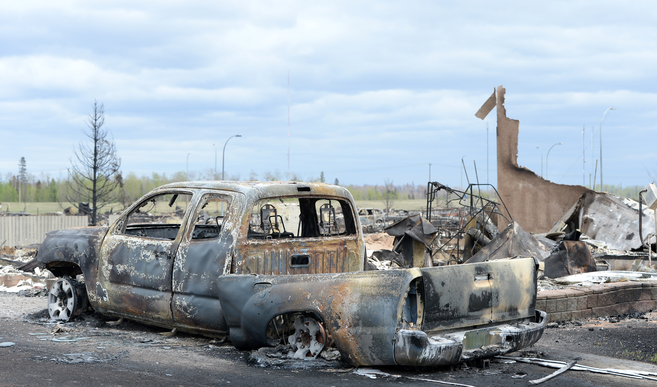 A burned out truck and the remains of a house in the Beacon Hill neighbourhood of Fort McMurray. Photo: AFP

In Beacon Hill, one of the worst-hit neighbourhoods of a city that booms and busts with the price of oil, houses on street after street were reduced to nothing more than blackened foundations and front steps. Metal barbecues stood outside some.

Cars and trucks sat in some driveways on melted tires, streams of once-molten metal snaked from underneath.

"This was a beast. It was an animal. It was a fire like I've never seen in my life," Fort McMurray Fire Chief Darby Allen told reporters, who were allowed to tour the oilsands city by bus on Monday afternoon.

More than 88,000 people living in the city were evacuated to the north and south last week. As the fire grew, many who had fled north found themselves having to journey south again, past the city.

But the fire had not spread as fast as had been feared, Alberta Premier Rachel Notley said, after surveying the devastation today (Monday local time).

"It was a miracle we got the entire population out safely," she said. 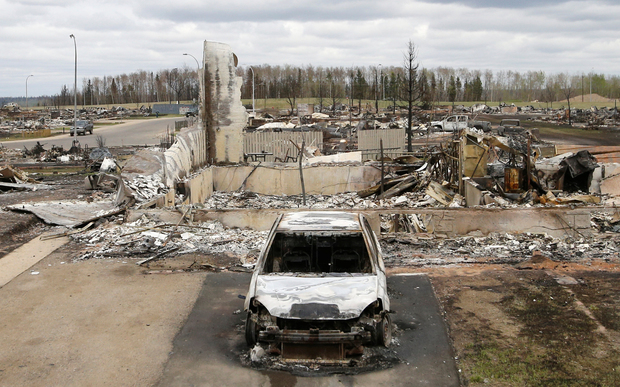 A charred vehicle and home are pictured in the Beacon Hill neighbourhood of Fort McMurray. Photo: AFP

"With a bit of help from Mother Nature and a lot of help from firefighters and first responders, the fire grew a lot more slowly than we feared."

In the devastated neighbourhood of Abasand, one side of a street was intact, barely touched by fire, while town homes on the other side of the street were burned to the ground. 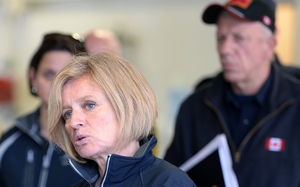 Three bikes - an adult bike and two for children - leaned against a fence, burned to just their metal frames and wheel rims.

Blackened ground and trees contrasted starkly with patches of green grass and flowers elsewhere. Sometimes they were just inches apart.

"There's not much left ... It is pretty much destroyed," Mr Allen said of Beacon Hill.

Years before city will be back to normal

Ms Notley said the had fire covered 204,000 hectares on Sunday morning, and was about 30-40km from the neighbouring province, Saskatchewan.

About 90 percent of buildings in Fort McMurray had survived the disaster, including the hospital and most of the schools, she said.

She said 2400 structures had burned within the city while almost 25,000 were left untouched. 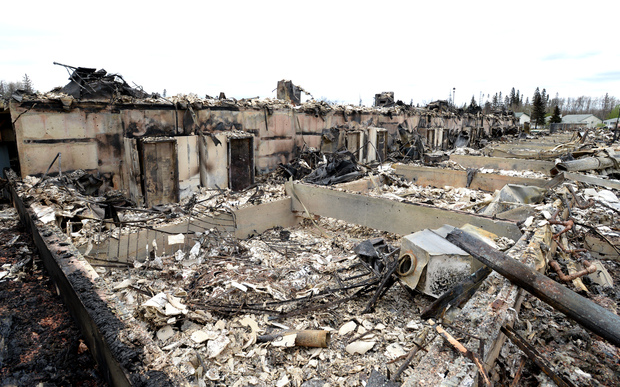 Firefighters said residents might not be able to return for at least two weeks.

Officials who toured the city said it might be years before it was running normally again.

Ms Notley said repair crews would have weeks of work ahead of them.

There have been no deaths from the fire but Ms Notley became emotional when she paid tribute to two evacuees who died in a car accident during the evacuation.

On Saturday, officials had said they expected the fire to double in size.

A team from the provincial government will enter Fort McMurray on Monday to begin preliminary planning on repairing damage in the city.

The gas has been turned off, the power grid was damaged, and the water was not drinkable.

Federal Public Safety Minister Ralph Goodale said "we may be turning a corner" but warned it was too early to celebrate overcoming the blaze. 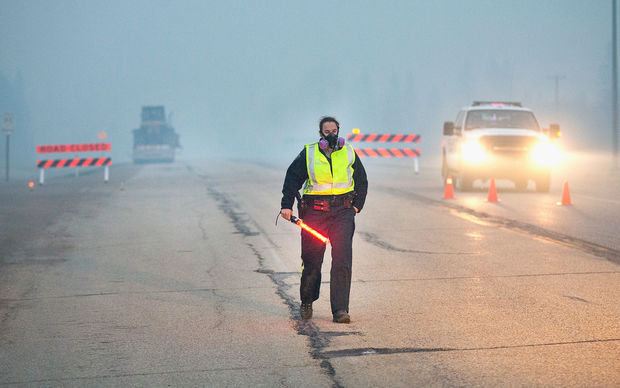 Smoke fills the air as a police officer stands guard at a roadblock along Highway 63 leading into Fort McMurray Photo: AFP

The battle to contain the wildfires reached a turning point on Monday thanks to drizzle and favourable winds, officials said.

One minister warned much work lay ahead but "we may be turning a corner".

Member of Parliament David Yurdiga, who toured the area on Sunday, said "all of the key infrastructure is in place. Our hospital is standing. Our schools are standing. Our treatment plan is functioning."

He said about 80 percent of homes in Fort McMurray were standing and in some areas "you don't even know there was a fire".

Prime Minister Justin Trudeau said there is no need for Canada to accept international assistance in fighting the fire because other Canadians provinces are helping enough.

Russia, the US, Mexico, Australia, Taiwan, Israel and the Palestinian Authority had all offered assistance.

Mr Trudeau vowed a multi-year commitment by the national government to rebuild Fort McMurray but gave no details. 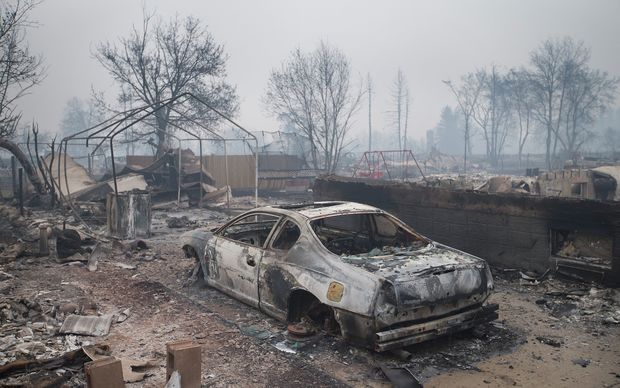 Home foundations and skeletons of possesions are all that remain in parts of a residential neighborhood in the city. Photo: AFP