A wildfire in Canada which has forced 88,000 people to evacuate and destroyed 1600 buildings is now threatening its airport and communities 50 kilometres south.

A state of emergency has been declared in the province of Alberta in Canada after a wildfire forced all 88,000 residents of Fort McMurray to flee on clogged highways amid heavy smoke.

Officials say the fast-moving blaze could destroy much of the city. 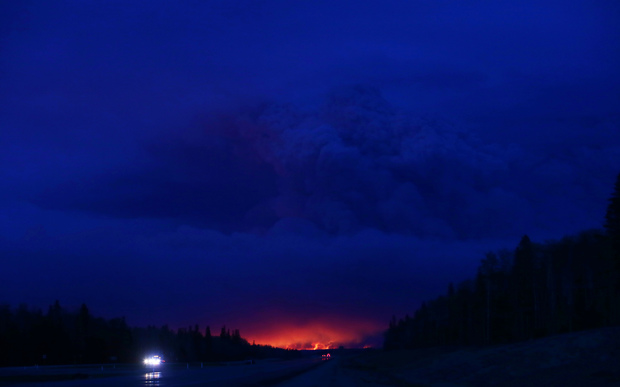 A plume of smoke hangs in the air as forest fires rage on in the distance in Fort McMurray. Photo: AFP

With a few neighbourhoods already in ruins, worsening fire conditions have pushed walls of flames toward thousands of more homes in the northeastern Alberta town, in the heart of Canada's oil sands region.

The fire has so far gutted 1600 buildings, including a new school.

Officials on the scene were forced to evacuate their make-shift emergency operations centre for the second time in the span of less than a day as the flames spread south. Officials at the centre said in a tweet that they were relocating to the town of Lac La Biche some 250 km south of Anzac.

Authorities said there had been no known casualties from the blaze itself, but fatalities were reported in at least one car crash among the evacuees. Thousands bunked down in arenas, hockey rinks and oil work camps, often short of fuel and food.

A huge cloud of black smoke was visible from well over 60 km away from the town. Traffic on the main road headed south had thinned to a trickle, however, after major jams when the evacuation order was given. 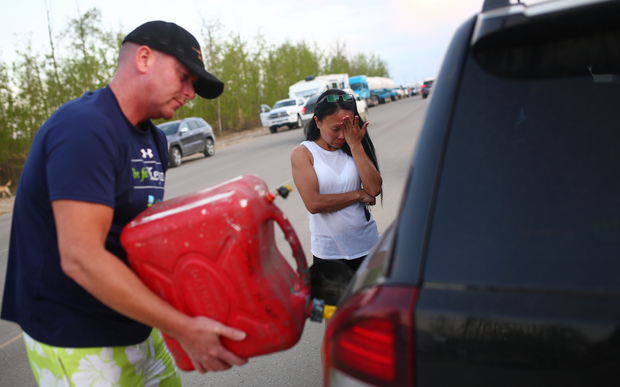 Stretches of the highway had been converted into make-shift campgrounds by people in cars, trucks and recreation vehicles, who were fleeing the inferno.

Firefighting crews have been unable to stop the wildfire, which has charred 18,500 acres since it erupted on Sunday and exploded in ferocity.

Several firms have shut down some pipelines. This was done to help evacuate non-essential personnel, reports say, but oil facilities are not in the current path of the fire.

Canadian city could be wiped out

"It is a possibility that we may lose a large portion of the town," he added.

Local Szymon Bicz said it was "chaos" as people drove out of the city. "The smoke was really overpowering. It was a terrifying experience," he said.

"The thick black smoke was closing in and surrounded the car. People were driving up on paths and grass verges just to get out of there." 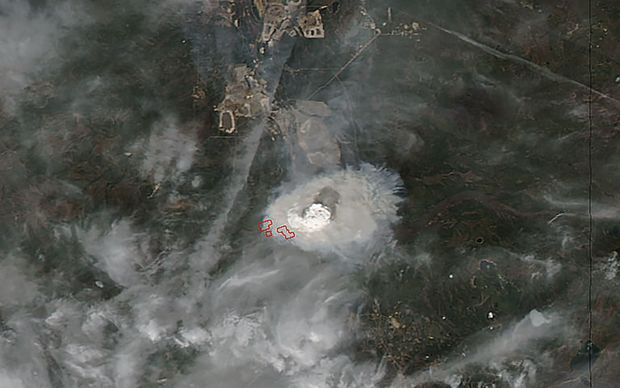 Experts have identified a number of factors combining to devastating effect to create the fire.

The El Nino weather system has led to drier than normal conditions in Alberta and neighbouring Saskatchewan. Unseasonably high temperatures and strong winds have combined with those conditions to leave much of those provinces under an extreme fire risk warning.

"It's well known that one of the consequences of climate change will be a greater prevalence of extreme weather events around the planet," he said.

"However, any time we try to make a political argument out of one particular disaster…that can sometimes not have the desired outcome."

Mr Trudeau said he would send military aircraft to help if they were needed.

He said: "We all have to work together to come to the aid and support of people who are experiencing terrible tragedies, losing their homes, their jobs and everything they own."

Though Alberta’s loss is profound, we will get through this together – as neighbours, friends and Canadians. You can count on our support. 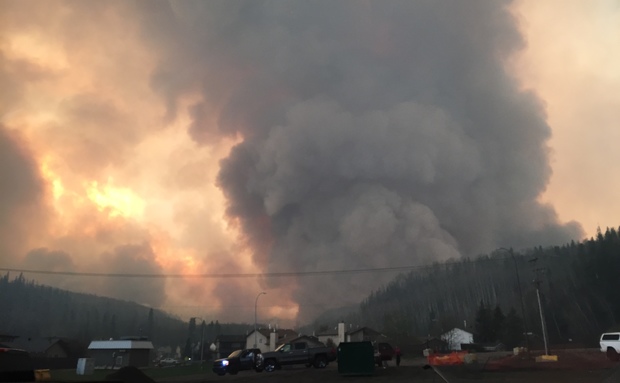 Bernie Schmitte, an official at Alberta's Agriculture and Forestry Ministry, said the "catastrophic fire" had so far "resisted all suppression methods".

After flying over the burning city, Alberta Premier Rachel Notley said the blaze had moved north and east across Fort McMurray.

Help from the army and air force is being sent to Fort McMurray but may take two days to arrive. 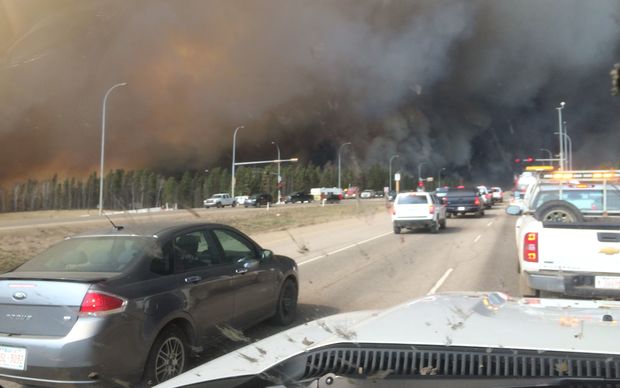 Tens of thousands of people were evacuated from Fort McMurray. Photo: AFP / Citizenside

The latest update said that the Waterways district had lost 90 percent of its homes, with 70 percent lost in Beacon Hill and 50 percent in Abasand.

A CTV reporter at Beacon Hill said there was almost nothing left. "It's just blocks and blocks of soot, basically," she said. Serious losses were also reported in Abasand and Waterway. 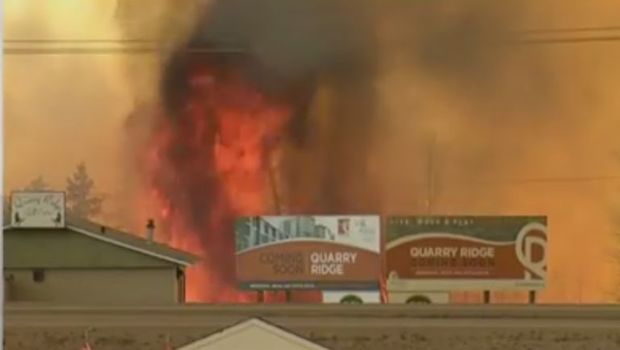 Fort McMurray is a major centre of Canada's oil sands industry - with vast oil reserves - and a major evacuation of staff was ordered.

Suncor Energy said its main plant was so far safe but crude production was being cut. Shell Canada said it was opening its camp to evacuees. 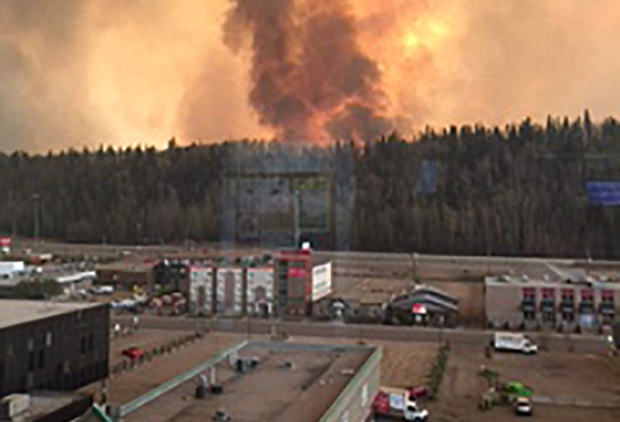