About 8000 people who fled north of fire-ravaged Fort McMurray in Canada are being airlifted, and it is hoped the motorway south will allow a further 17,000 to escape.

The wildfire has raged for five days and is now heading south. It has forced 88,000 people to be evacuated, and destroyed 1600 buildings, with another 19,000 potentially under threat.

Some of the evacuees went north, but most fled south.

Most of those who fled north had been staying in oil sands work camps in the remote area.

About 4000 of them had already been flown in military and civilian transport planes to Edmonton and Calgary and another 4000 were expected to be rescued within hours.

The authorities hope that Highway 63, passing through Fort McMurray, will be safe on Friday to move the rest. A helicopter is expected to lead that evacuation convoy.

The evacuees are being moved again because urban areas in the south are better able to support the displaced, officials say. 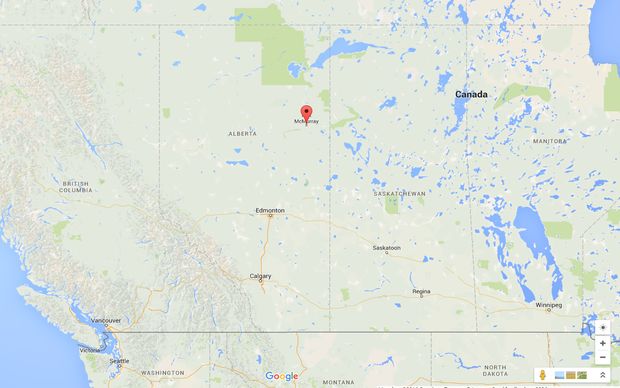 Officials said the urban areas in the south were better able to support the displaced.

One resident, Mike Macky, describes the moment he was forced to go.

"You don't want to leave everything behind you know. Once I looked up and basically it is raining ash and your eyes are burning you know it's time to pack up and leave."

The fire looks set to become the country's costliest ever natural disaster, costing insurers as much as $C9 billion.

It has grown five times its initial size since it broke out, and now covers 85,000ha - or 850 sq/km - making it larger than the city of Calgary, and forcing more than 88,000 evacuations.

The Bank of Montreal Capital Markets said the figure is a worst-case scenario based on a comparison to a wildfire in the same province in 2011.

But it said even a more reasonable estimate of between $C2.6b and and $C4.7b would still be the largest such loss in Canadian history.

The fire started on Sunday in Canada's oil sands region and it has knocked out as much as a third of Canada's daily crude capacity and closed some pipelines.

While oil sands facilities are not in the fire's path, several production companies and two pipeline operators have curbed activities to take precautions to move workers and others to other areas.

At least 680,000 barrels per day of capacity were offline on Thursday, according to calculations.

The emergency operations centre has moved 300 km south and the evacuation order has widened as the flames spread past Fort McMurray.

There are still no known causalities from the fire but on the evacuation route there was at least one vehicle crash with fatalities.

Some residents have been forced to flee for a second time, as the massive wildfire spreads south.

A journalist from the Canadian Broadcasting Corporation, Evan Dyer, told Morning Report evacuees include people from the small town of Anzac, named after the New Zealand and Australian soldiers who helped build the railway there during World War II.

He said some of those in Anzac had sought safety there after leaving their homes in Fort McMurray, and are now having to leave again.

"By 11 o'clock last night they were told they had to leave again, in fact everyone in Anzac was put on a mandatory evacuation. Some people we spoke to, they had already lain down for the night. They had spent the previously night sleeping in their trucks, they reached Anzac, they put their heads on the pillow and then they all had to leave again."

The blaze grew close to a local airport near Fort McMurray on Thursday, with the CBC reporting that some buildings have been destroyed, but the main terminal is still intact. All flights are cancelled.

"It is a possibility that we may lose a large portion of the town," Scott Long, an official with Alberta's emergency management agency told Reuters. 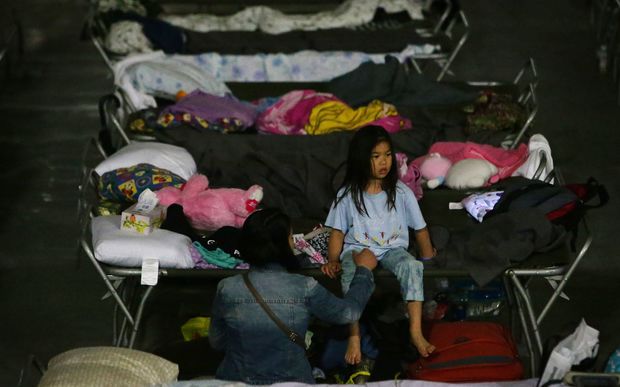 Alberta premier Rachel Notley said the fire is growing in size due to high winds but that it was "under control".

Officials have not given a timeline for when people may be able to head back to their homes.

Scott Long of the Alberta Emergency Management Agency called the blaze "an extreme fire event" and that rain would be needed to fight it.

Cooler temperatures and rain are forecast, giving hope that it could become easier to contain the fire.

Officials constructed a make-shift emergency operations centre twice on Wednesday, according to Reuters.

The fire has knocked out nearly a third of the country's daily crude capacity.

At least 64,000 barrels of crude output is offline as a result of the fire, according to Reuters.

Residents north of Fort McMurray are being told to shelter in place. 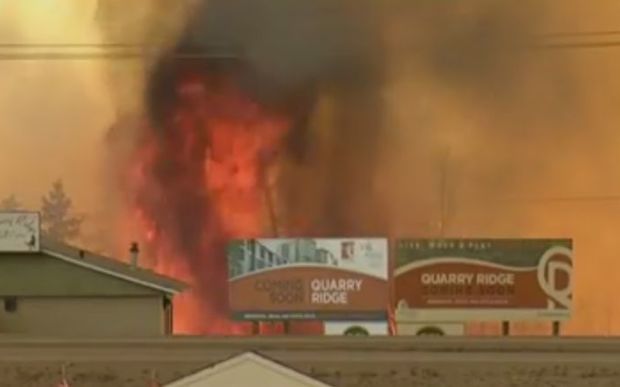 On Wednesday evening, thousands stayed in arenas, hockey rinks and school gymnasiums, some with little food and other resources.

Authorities in Alberta have called the fire "catastrophic".

Canadian Prime Minister Justin Trudeau said on Thursday that the federal government will match donations to the Canadian Red Cross to assist those affected by the fire.

"The outpouring of good will and compassion from Canadians right across the country has not only been inspirational, it has been entirely characteristic of who we are and the fundamental human values we share as Canadians," Mr Trudeau said.

Szymon Bicz, who fled his home, said the the smoke was overpowering, and the experience was terrifying.

"Thick black smoke was closing in and surrounded the car. People were driving up on paths and grass verges just to get out of there. I'm hoping my rented house is still intact but I just don't know.

"The whole region is at risk. It's absolutely catastrophic."