The mother of a dead US Muslim soldier has hit back at presidential hopeful Donald Trump for questioning her silence during a speech by her husband.

Ghazala Khan said Mr Trump was ignorant about Islam and that he didn't know the meaning of the word sacrifice.

Her husband Khizr Khan attacked the Republican nominee in an emotional speech to the Democratic National Convention on Thursday. 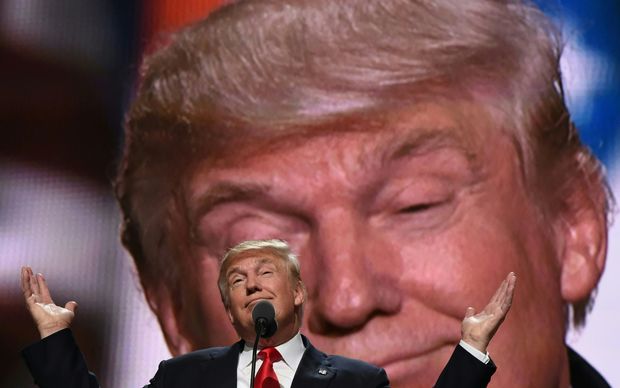 Donald Trump said Ghazala Khan may not have been allowed to speak at the Democratic National Convention last week. Photo: AFP

Mr Trump later suggested Mrs Khan may not have been allowed to speak.

In an opinion article for the Washington Post, Mrs Khan said her husband had asked her if she wanted to speak at the convention but she had been too upset.

"Walking on to the convention stage, with a huge picture of my son behind me, I could hardly control myself. What mother could? Donald Trump has children whom he loves. Does he really need to wonder why I did not speak?" she wrote.

"When Donald Trump is talking about Islam, he is ignorant. If he studied the real Islam and Koran, all the ideas he gets from terrorists would change, because terrorism is a different religion."

She added: "Donald Trump said he has made a lot of sacrifices. He doesn't know what the word sacrifice means."

Mrs Khan said that although she did not speak, "all the world, all America, felt my pain".

At the convention in Philadelphia, Pakistani-born Khizr Khan said his son would not even have been in America if it had been up to Mr Trump, who has called for a ban on Muslims entering the US.

Responding to the criticism, Mr Trump said in an interview with ABC's This Week: "If you look at his wife, she was standing there.

"She had nothing to say... Maybe she wasn't allowed to have anything to say. You tell me." 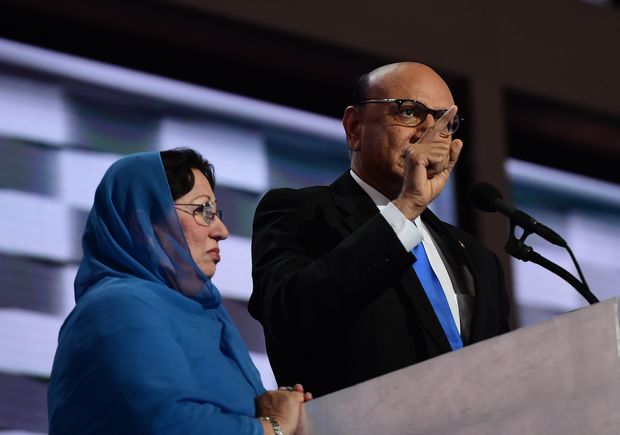 His remarks brought criticism from both Democrats and Republicans.

"If you don't have any more sense of empathy than that, then I'm not sure you can learn it," he said.

Republican Ohio Governor John Kasich, a former rival to Mr Trump for the nomination, tweeted: "There's only one way to talk about Gold Star parents [of fallen service personnel]: with honour and respect."

Mr Khan said Mr Trump was "devoid of feeling the pain of a mother who has sacrificed her son".

"Shame on him. He has no decency, he has a dark heart," he said.

But Mr Trump rejected Mr Khan's criticism of him at the convention.

"While I feel deeply for the loss of his son, Mr Khan, who has never met me, has no right to stand in front of millions of people and claim I have never read the Constitution, (which is false) and say many other inaccurate things," he said.