European Union leaders have warned that the UK must honour the principle of free movement of people if it wants to retain access to the single market after it leaves the bloc. 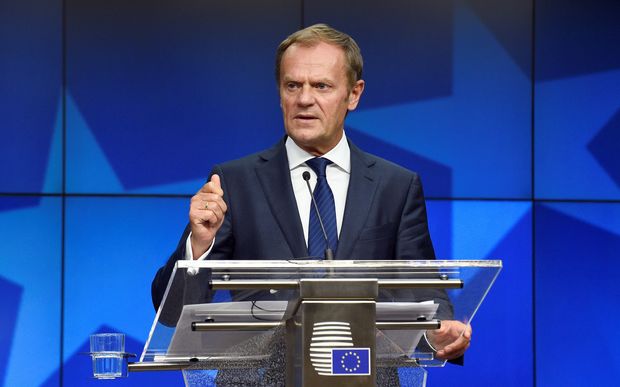 European Council President Donald Tusk said the UK could not pick and choose.

The French and German leaders also made clear that the freedom of movement of EU citizens was non-negotiable.

Immigration to the UK, particularly from poorer EU countries, was a key issue in the referendum campaign.

Some campaigners for Leave sent a clear message that the vote was about controlling immigration levels.

Outgoing UK Prime Minister David Cameron said that the issue of freedom of movement would be for the next PM and government to decide.

"I'm in no doubt that this is the difficult issue," he told MPs in Westminster.

"Frankly, it's a difficult issue inside the EU, where you've got all the negotiating ability to try and change things, and I think it will be in many ways even more difficult from outside."

However EU leaders appear united after Wednesday's meeting that there will be no "nuances", as Mr Juncker put it, for the UK.

Mr Tusk said there would be another meeting of EU leaders, again excluding the UK, on 16 September in Bratislava to discuss the so-called "Brexit".

Mr Juncker said that there would be no discussions whatsoever with representatives of the UK on a possible post-Brexit relationship until the UK has formally notified the EU of its intention to leave by invoking Article 50 of the Lisbon Treaty.

There could be "no negotiation without notification", he said. 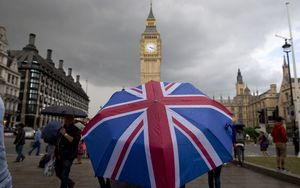 The leaders of the 27 member states, excluding Britain, said in a statement that they hope to have the UK as a close partner of the EU in future "and we look forward to the UK stating its intentions in this respect.

"Any agreement, which will be concluded with the UK as a third country, will have to be based on a balance of rights and obligations. Access to the single market requires acceptance of all four freedoms."

The "four freedoms" that underlie the EU's internal market are the freedom of movement of goods, workers, services and capital.

Meanwhile Scotland's First Minister, Nicola Sturgeon, has held talks with EU officials in Brussels, including Mr Juncker, after Scottish voters opted to remain in the EU.

She said she had had a "sympathetic response" from EU leaders, and if there was a way for Scotland to stay in the EU she was "determined to find it".

Mr Juncker earlier said Scotland had won the right to be heard, but that the EU did not want to interfere in the UK's internal affairs.

The French president and Spanish prime minister have both said they are opposed to the EU negotiating potential membership for Scotland.

At Westminster political uncertainty continues as the Opposition Leader, Jeremy Corbyn, seems certain to face a leadership challenge. Mr Cameron told Mr Corbyn to stand down in the national interest.

Nominations for a new Conservative leader to replace Mr Cameron have opened.