First Minister Nicola Sturgeon said she will seek "immediate discussions" with Brussels to "protect Scotland's place in the EU" after UK's vote to leave. 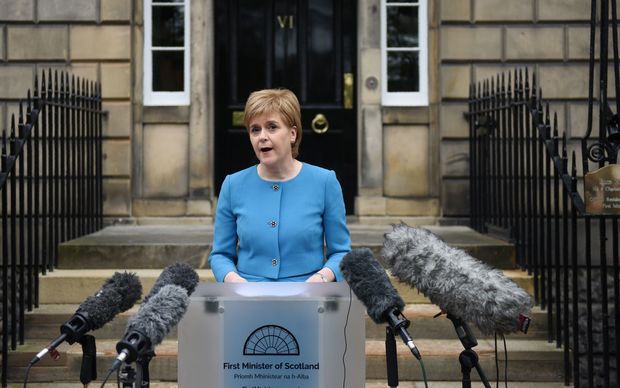 After a meeting of the Scottish cabinet Ms Sturgeon has said a new independence referendum is "highly likely".

The cabinet formally agreed to begin work to legislate for a second independence vote, while an expert advisory group is to be set up to study what else could be done.

And while Labour's Kezia Dugdale said her party would "consider all options", she underlined her support for "the union of nations across the United Kingdom".

A poll released today by The Sunday Post said 59 percent of respondents backed independence from the United Kingdom.

That compares to 45 percent of votes cast in favour of independence at a referendum in 2014 which resulted in the country staying in the UK.

See full coverage of the vote 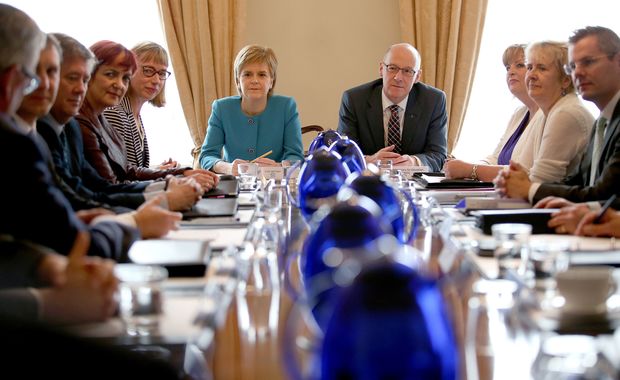 Ms Sturgeon said: "Most of our discussions this morning centred on what we can do in the here and now and in the negotiations that lie ahead to protect Scotland's relationship with the European Union and our place in the single market.

"Cabinet agreed that we will seek to enter into immediate discussions with the EU institutions and other EU member states to explore all possible options to protect Scotland's place in the EU."

Scottish voters backed the UK staying in the EU by 62 percent to 38 percent, contrary to the UK-wide result of 52 percent choosing Brexit.

Ms Sturgeon said her cabinet had expressed "pride" at the "emphatic vote" from across Scotland to remain, saying a majority of Scots clearly felt "deep disappointment" at the overall result.

"We are determined to act decisively, but in a way that builds unity across Scotland about the way forward.

"We are determined to draw on as much support and advice from across Scotland as possible."

The result has caused upheaval at Westminster, with Prime Minister David Cameron announcing he is to step down.

Ms Sturgeon spoke after Jeremy Corbyn said he will not stand down if there is a challenge to his leadership of the Labour Party. 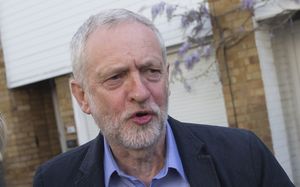 He is facing a vote of no confidence over what some of his MPs called his "lacklustre" campaigning for Remain in the EU referendum.

Amid this, Ms Sturgeon insisted that her government, which also campaigned for Remain, "will not be taking our eye off the day to day business".

She said: "As Westminster is engulfed in political turmoil and as a vacuum of leadership develops, I want to make it clear that Scotland is led by a stable and effective government.

"We are focused on making sure that Scotland's interests are protected, but we are also determined to continue our work to further improve our schools, our hospitals and our economy." 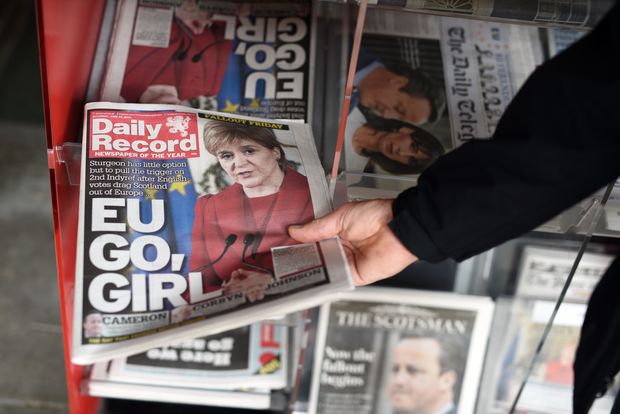 The first minister also stressed that citizens of other EU countries were still welcome in Scotland, and has invited the consuls general of all EU member states to a summit at Bute House to discuss "how clearly we value the contribution they make".

"Scotland is, and will continue to be, an attractive and stable place to do business.

"One particular group we are anxious to reassure is the community of EU citizens living here in Scotland. People from other EU countries who have done us the honour of choosing to make Scotland their home are welcome here.

"I want to make sure that is a message we get across strongly in the weeks and months ahead."

Ms Davidson, while underlining her opposition to a second referendum, welcomed Ms Sturgeon's plans for an expert panel of advisors.

"The advisory group established by the first minister should encompass the widest possible support.

"The Scottish Conservatives want to be constructive and would like to propose suitably qualified personnel to engage with the group."

"It is clear that, rather than being the party who stands up for the United Kingdom, all the Conservatives have done since the 2014 referendum is put the UK in danger, she said.

"Whether it was English Votes for English Laws, a divisive general election campaign which set Scotland against England, a divisive Scottish election campaign which told Scots all that mattered was whether you were a unionist or a nationalist, and now a Brexit vote which raises the possibility of a second referendum, the Tories have put the future of the UK in danger at every turn."

The Scottish Liberal Democrats are to meet on Sunday to discuss their response to the vote, although leader Willie Rennie has backed Ms Sturgeon in her talks with EU leaders.