Scotland has voted to stay in the United Kingdom after voters decisively rejected independence. 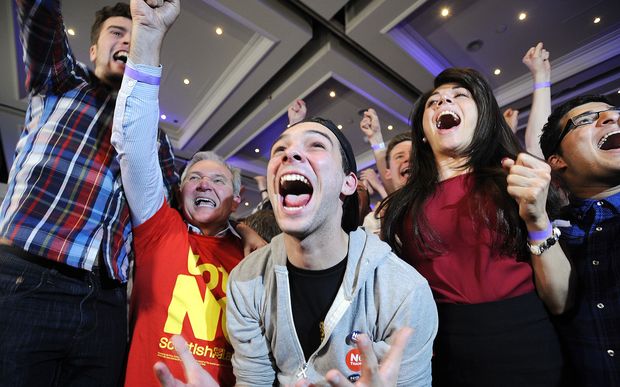 UK Prime Minister David Cameron said he was delighted the UK would remain together and said the commitments on extra powers would be honoured.

Mr Cameron said the three main unionist parties at Westminster would now follow through with their pledge to deliver more powers to the Scottish Parliament.

"We will ensure that those commitments are honoured in full," he said.

He announced that Lord Smith of Kelvin, who led Glasgow's staging of the Commonwealth Games, would oversee the process to take forward the commitments, with new powers over tax, spending and welfare to be agreed by November, and draft legislation published by January.

The prime minister also acknowledged that the people of England, Wales and Northern Ireland must have a bigger say over their affairs.

And he promised a resolution to the West Lothian question - the fact that Scottish MPs can vote on English issues at Westminster.

"In Wales there are proposals to give the Welsh Government and Assembly more powers and I want Wales to be at the heart of the debate on how to make the United Kingdom work for all our nations," he said. 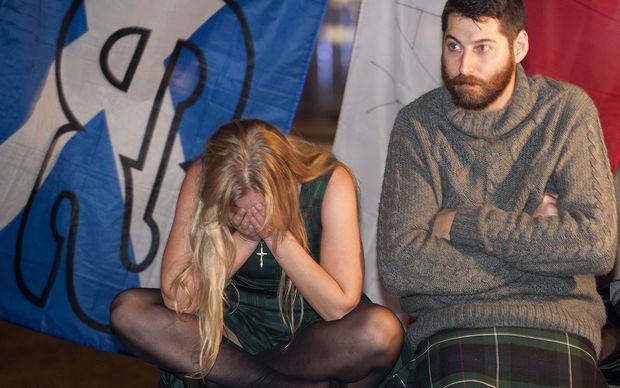 The result became a mathematical certainty tonight, as the returning officer in Fife announced a comfortable No vote.

He said the referendum and the high turnout had been a "triumph for the democratic process" and promised to keep his pledge in the Edinburgh Agreement which paved the way for the referendum to respect the result and work for the benefit of Scotland and the United Kingdom.

He told supporters: "The unionist parties made vows late in the campaign to devolve more powers to Scotland.

"Scotland will expect these to be honoured in rapid course - as a reminder, we have been promised a second reading of a Scotland Bill by March 27 next year. 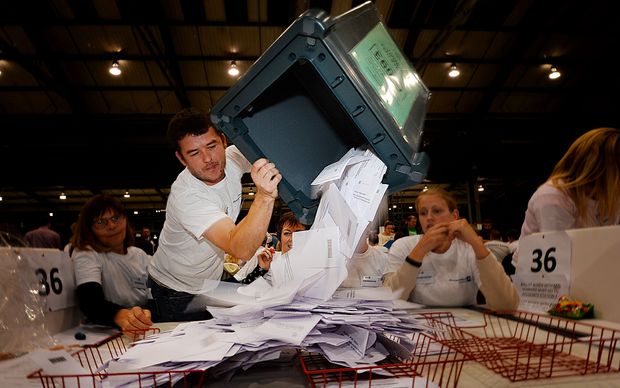 A worker tips out a ballot box from the Scottish referendum. Photo: AFP

This margin of victory for the Better Together campaign - 55 percent to 45 percent - was greater by about 3 percent than that anticipated by the final opinion polls.

Alistair Darling, who led the Better Together campaign, said the people of Scotland had "chosen unity over division and positive change rather than needless separation".

"It is a momentous result for Scotland and also for the United Kingdom as a whole," he said.

The vote was the culmination of a two-year campaign. Talks will now begin on devolving more powers to Scotland.

Glasgow, Scotland's largest council area and the third largest city in Britain, voted in favour of independence by 194,779 to 169,347, with Dundee, West Dunbartonshire and North Lanarkshire also voting "Yes".