Prime Minister John Key says the government has had assurances from both Britain and the European Union there will be no change in access for New Zealand's goods or people until new conditions are negotiated.

The move by Britain to leave the European Union shocked global markets and caused the British pound to plummet to its lowest point against the US since 1985, and $2 trillion has reportedly been wiped off the value of international markets.

Mr Key said he believed New Zealand would not be directly affected by the move and the uncertainty in the markets that the British withdrawal had caused was likely to be the most immediate impact, but the country's economy was diversified and in a strong position.

Yesterday, British Prime Minister David Cameron announced he would be standing down from his role by October, and Mr Key said it was very unlikely market access discussions would take place while Mr Cameron was in his caretaker position.

"The officials will begin this debate, and as I said, I don't think New Zealand companies really have anything to worry about. We've had assurances from the UK and from Europe that all of the benefits and access that we currently have for our people and for our goods will be preserved until we renegotiate new terms."

In the meantime, New Zealand's Trade Minister Todd McClay said the ministry would be doing everything it could to support New Zealand exporters through what could be weeks of uncertainty.

He believed in the medium to long term, the Brexit would not have a significant effect on New Zealand trade, but there would be a great degree of uncertainty in the markets for a time, which could cause headaches for the country's exporters. 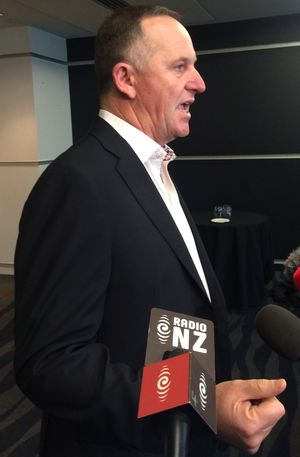 "My concern for New Zealand exporters would be an extended period of uncertainty where decisions are not being made could end up having some effect upon our trade but it's still very early to say that."

Mr Key said yesterday he believed the immediate effects of Britain's withdrawal on this country were likely to be limited.

Mr McClay said the EU would be taking steps to reassure markets, and New Zealand diplomats in Europe would be engaging with EU state governments to get a clearer picture of some of the next steps over the coming weeks and months.

"Germany, France, Ireland, Italy, Greece have all recently said they support a negotiation with New Zealand, so I think we're on track there."

He said there was the chance the progress toward a launch could slow down a little as the EU focuses on negotiations with the UK, "but I think we are very well placed to continue to grow our trading relationship with the European Union countries and the UK".

But Export New Zealand said it was unlikely New Zealand would be a priority for Britain when it came to negotiating new trade agreements.

Its executive director Catherine Beard said New Zealand's problem is that it is not a huge market.

"We're down the bottom of the list probably, so they'll be looking to sort out their trade deals with their biggest consumer markets first and foremost and I would say New Zealand would certainly not be in the mix."

Ms Beard said that is why quite often New Zealand has to do trade deals with a bigger block of countries to actually get results.

Mr Oram said Britain was still a very important market and New Zealand was trading on EU quotas, not British-specific ones.

He said the government and businesses needed to be very alert as to what was being negotiated during the British withdrawal, because the 'Buy British' movement was going to be incredibly powerful.

"You're going to have a fierce pushback by British farmers and British consumers who will be pushing back against British lamb. And in fact, over the past 10 years or so, British farmers have made terrific strides in bringing lambing earlier and later, and therefore reducing our seasonal advantage."