An Islamic cleric visiting Australia who made comments supporting the death penalty for homosexuals in some cases has left the country after defending his remarks. 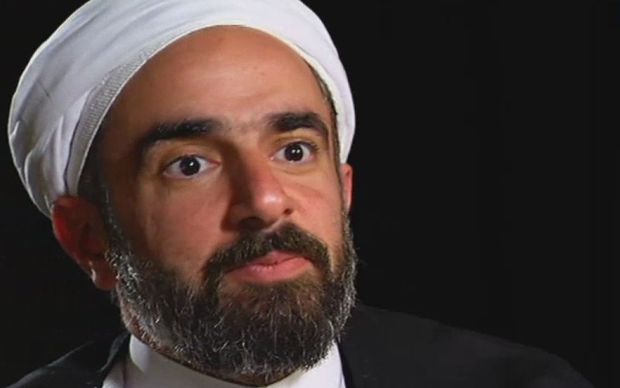 Sheikh Farrokh Sekaleshfar, who was visiting Sydney, made the anti-homosexual comments at the University of Michigan three years ago and they have been reportedly linked to the recent massacre in Orlando - a claim he strenuously denies.

Prime Minister Malcolm Turnbull had earlier ordered an urgent review of the sheikh's visa, saying Australia had "zero tolerance for people who come to Australia to preach hatred".

The sheikh said his comments were made in an academic setting, and he regretted that they were filmed and published online.

He said he advocated the death penalty in a country that abided by Islamic law for homosexuals who had sex in public.

In an interview with Lateline, he expressed his sympathies to the families of those who died in the Orlando shooting and denied his comments could be seen as justification for the massacre.

"No speech, especially when you're not inciting any hatred and it was given three years ago, that would never lead to such a massacre," the sheikh said.

"That animal, they are connecting me to him [Omar Mateen]. Not at all. He was an ISIS sympathiser, a follower of Baghdadi, these people are criminals."

He also said he would respect any action taken by the Australian government.

"But if the government were to make that decision and the people want that, then I respect it, but I don't see any reason for fear even though I do understand why people may panic.

"But I just want to give that assurance that it's not a theme, my themes don't revolve around this area."