The man who killed a French police couple at their home near Paris was acting on an order from so-called Islamic State (IS) to "kill infidels", officials say. 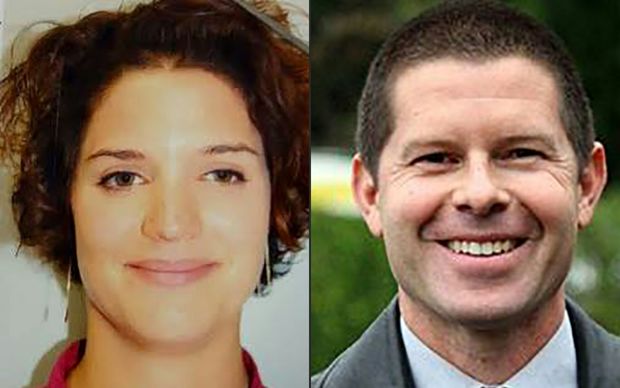 Jean-baptiste Salvaing (R) and Jessica Schneider were the victims of the attack, according to French media reports. Photo: AFP

Larossi Abballa, who was killed in a shootout with police, was loyal to IS leader Abu Bakr al-Baghdadi, they said.

A police commander and his partner were stabbed to death at their home. Their three-year-old son survived.

IS has put out a video showing Abballa confessing to the killings.

The 11-minute video, on the IS news agency Amaq, apparently shows him in the home of the couple before police stormed in.

The video is apparently the same as one that Abballa posted on Facebook Live, hours before police killed him, in which he swore allegiance to IS.

The attack happened in Magnanville, about 55km north-west of the French capital.

During negotiations prior to the police assault on Monday, Abballa said he had pledged his loyalty to the IS leader three weeks earlier.

When police stormed in they killed Abballa and found the dead woman, who had been stabbed. The little boy was in a state of shock.

French media are naming them as Jean-Baptiste Salvaing, 42, and Jessica Schneider, 36.

French Prime Minister Manuel Valls called the attack "a watershed in terms of horror - the home, the intimate life of a family, of a couple of civil servants, was targeted".

In 2013, Abballa was jailed for recruiting fighters for jihad in Pakistan.

He had been under recent police surveillance, including a wiretap. Three people linked to Abballa have been arrested and placed in custody.

In the video - later removed from Facebook - Abballa considers what to do with the couple's son, according to French jihad expert David Thomson, who watched it.

"I don't know yet what I'm going to do with him," the killer is heard saying.

He also made a threatening reference to the Euro 2016 football tournament.

France has been under a state of emergency since the Paris attacks of 13 November 2015 in which IS jihadists killed 130 people.

That state of emergency is still in place. France is on high alert as it hosts the Euro tournament, which started last Friday.