Florida shootings - Community leaders at a vigil in the United States city of Orlando have demanded stronger gun laws. 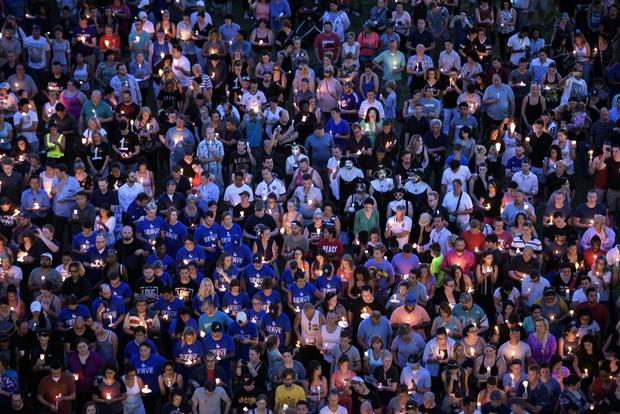 Mourners hold candles while observing a moment of silence during a vigil outside a performing arts centre in Orlando. Photo: AFP

It follows the attack on Orlando's Pulse nightclub, which left 49 people dead and dozens wounded.

A Muslim cleric told those attending today's vigil that Muslims stood united with them against "the ideology of hatred, death and destruction".

Witnesses have now said that Omar Mateen had visited the gay nightclub where he carried out the massacre several times and investigators are now pursuing the reports, according to US media.

As well as the US, there have been similar vigils in countries including France, Australia, New Zealand, the UK and Germany.

US authorities say the gunman, Omar Mateen, pledged allegiance to the so-called Islamic State (IS) shortly before the attack. 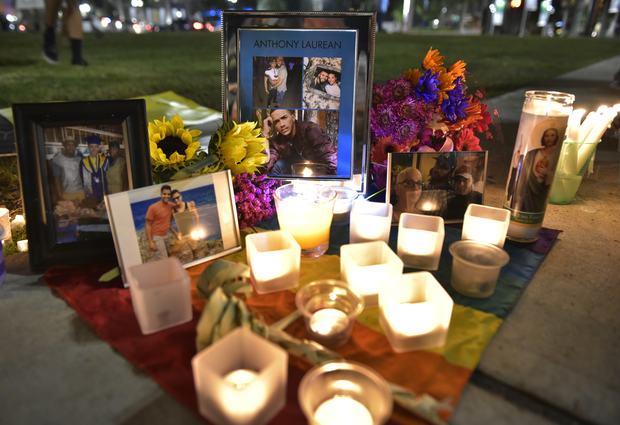 A makeshift memorial for the victims of the Pulse nightclub shooting in front of the Phillips Center for the Performing Arts in Orlando. Photo: AFP

President Barack Obama is due to travel to Orlando on Thursday to pay his respects to the victims.

Thousands of people gathered on a law outside a performing arts centre in Orlando and later there were great cheers when speaker after speaker demanded stricter gun laws.

One after another, they urged the Florida city to unite at a time of unfathomable pain, and appealed for its LGBT community not to give in to fear.

Authorities have defended the ability of the gunman to purchase the weapons used.

"An evil person came in here and legally purchased two firearms from us," said Mr Henson in a news conference outside the store.

"He had an armed and unarmed licence, he passed the background check that every single person that purchases a firearm in the state of Florida undergoes."

Senate Democrats have introduced new legislation to restrict people restricted of hate crimes from owning firearms - but it's not likely to succeed.