Florida shootings - President Barack Obama has described the worst mass shooting in US history as "an act of terror" and "an act of hate", saying the massacre of 50 people at a packed gay nightclub in Orlando, Florida was an attack on all Americans.

"Today as Americans we grieve the brutal murder, a horrific massacre of dozens of innocent people," he said in a statement at the White House.

"Although it is still early in the investigation, we know enough to say that this was an act of terror and an act of hate," Mr Obama said. 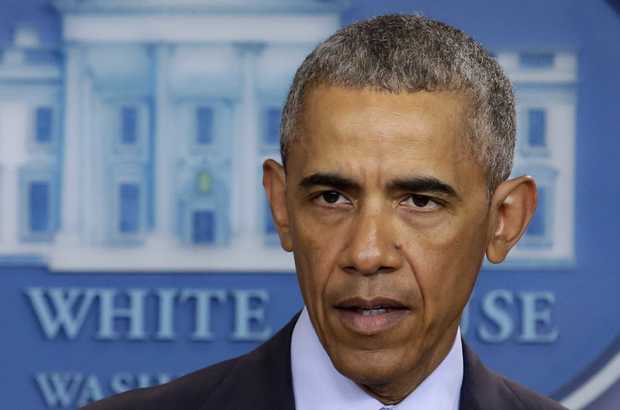 US President Barack Obama: "We will not give in to fear." Photo: AFP

"We will not give in to fear or turn against each other. Instead, we will stand united as Americans to protect our people and defend our nation, and to take action against those who threaten us."

He ordered the flag at the White House to be flown at half staff to honour the victims.

The shooter, who was identified as Florida resident Omar S Mateen was killed by police at the nightclub. A top US congressman said Mateen might have pledged allegiance to the Islamic State militant group, but US officials cautioned they had no direct evidence of a connection.

Fifty-three people were wounded in the rampage, which surpassed the 32 people killed in the 2007 massacre at Virginia Tech university.

Mr Obama said it was appropriate for the FBI to investigate the massacre as an act of terrorism and said he would "spare no effort" to determine whether the assailant had been inspired or associated with an extremist group.

The president also termed the shooting a new reminder of "how easy it is for someone to get their hands on a weapon that lets them shoot people in a school or in a house of worship or a movie theatre or in a nightclub", a reference to other mass killings that have punctuated recent US history.

"We have to decide if that's the kind of country we want to be," he said.

His Democratic rival, Hillary Clinton, said her thoughts were with those affected.

Pope Francis expressed his deepest feelings of horror and condemnation over the attack.

Nothing to suggest NZers involved - MFAT

Speaking on Morning Report, Mr Key said his sympathies went to the families and the gay community in the US.

"As I've said before no innocent person should have to worry about such violence when going about their daily lives, or to be persecuted for their beliefs or lifestyle. Our thoughts are with the victims of this atrocity, their families and friends and those that responded to this tragic attack."

He said he was reminded of something Mr Obama said to him last year, looking at the number of Americans killed by terrorism attacks since 9/11 - when the number killed through misuse of guns was so much more than that. 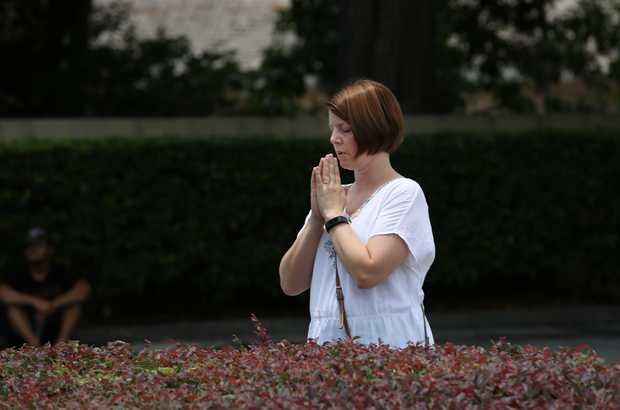 A woman prays at a site about a block from the Pulse nightclub. Photo: AFP

Demand for a change to US gun laws

The shooting prompted predictable calls by some members of Congress for legislation to tighten control of weapons sales, although there were slim hopes for much change.

Democratic Senator Robert Casey said he would announce a bill on Monday that would ban anyone convicted of a misdemeanour hate crime from owning a firearm.

Under current law, those with felony convictions are prohibited from buying or possessing a gun, but those convicted of misdemeanour hate crimes are not.

Mr Casey planned to make the announcement in his home state of Pennsylvania after a meeting with members of Pittsburgh's lesbian, gay, bisexual and transgender community.

Lawmakers, including some Republicans, have sought some gun restrictions after earlier mass shootings, but even minor changes failed to gain enough support to become law. Backed by the powerful gun lobby, many members of Congress see controls of weapons sales as a threat to Americans' constitutional rights.

Other Democrats also called for Congress to act after Sunday's attack in Orlando, some in strong terms.

Richard Durbin of Illinois, the No 2 Senate Democrat, said the killings would prompt debate but not action. "The bottom line is that we allow dangerous people to buy guns in America and that has got to change," he said.

Democratic Senator Chris Murphy said the "epidemic" of gun violence would continue if Congress does not act and also said lawmakers shared responsibility.

"Congress has become complicit in these murders by its total, unconscionable deafening silence," he said in a statement. "This doesn't have to happen but this epidemic will continue without end if Congress continues to sit on its hands and do nothing - again."

Many Republicans, including Mr Trump, focused on the threat from Islamist militants after the shooting, citing the reports that Mateen was inspired by Islamic State.