Florida shootings - Officials have identified the suspect in the Florida nightclub shootings as Omar Amir Siddiq Mateen, a 29-year-old from Fort Pierce, a city about two hours drive south of Orlando, in St Lucie County, Florida. 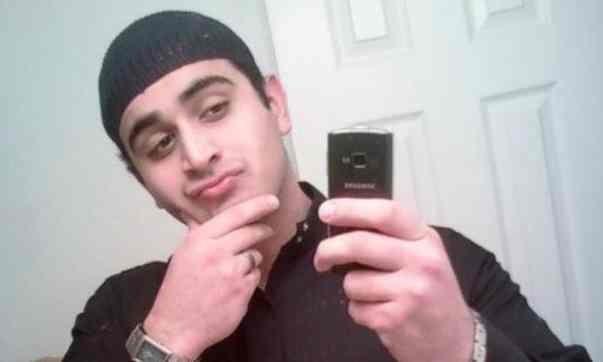 A picture on social media, purporting to be Omar Mateen. Photo: MySpace

FBI officials said they first became aware of Mateen - a New York-born American citizen of Afghani descent - in 2013, and again in 2014 for a relationship to the first American suicide bomber in Syria, but interviews with him were inconclusive and the investigation was closed.

He was allowed to continue working for an international security company and to hold a state gun licence.

Suspect identified as Omar Mateen, 29. An American citizen born in New York. @FBI first became aware of him in 2013 pic.twitter.com/gt18lhTM4G

An FBI spokesman said the gunman appeared to "have leanings towards" radical Islamist ideology but it was not yet clear whether this was a case of domestic or international terrorism.

However, he had spoken about possible terrorist ties with his co-workers, the FBI said.

A federal law enforcement official said the suspect purchased a handgun and a long gun in the past week or so.

Mateen's father Mir Seddique told NBC News that the incident had nothing to do with religion, and might have been triggered by the sight of a gay couple kissing in Miami.

But NBC News reported that Mateen called the emergency services before the attack and swore allegiance to the so-called Islamic State (IS) militant group.

The group later said - via its affiliated Amaq news agency - that an IS "fighter" had carried out the attack.

The claim did not specify whether IS was directly involved or simply taking credit for inspiring the attack.

An FBI spokesperson said proving the suspected link to radical Islamism required further investigation, and two US officials familiar with the investigation said no evidence had yet been found showing a direct link between the massacre and IS or any other militant group.

An official familiar with the investigation said early information, the nature of which he did not disclose, indicated that the shooter was motivated by a mixture of "hate" and religion. 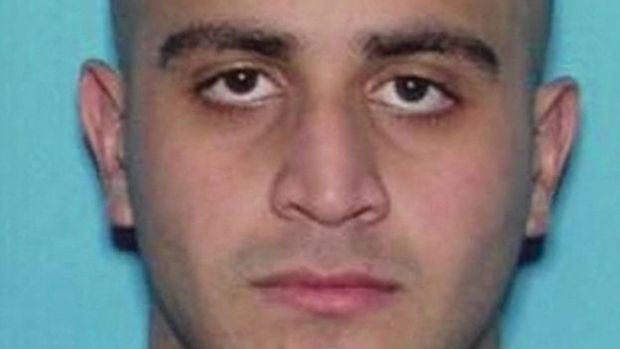 US media published this picture of the suspect, Omar Mateen. Photo: CBS News

Ms Yusufiy said they separated after four months when her parents found he was beating her and rescued her.

"He was very short tempered and he would often get into fights and arguments with his parents, but because I guess I was the only one in his life most of the violence was towards me at that time."

Ms Yusufiy said he wanted to be a police officer and had applied to the police academy.

She said it was a shock to have a link to someone who had caused so much heartbreak.

Police departments across the country are increasing patrols near locations frequented by the LGBT community, however, the FBI said there have been no credible threats to the United States or Orlando.

There is no other people to suspected to be involved in the attack, the FBI said.

In Los Angeles, an armed man was arrested by Santa Monica police as he headed to the LA Pride event.