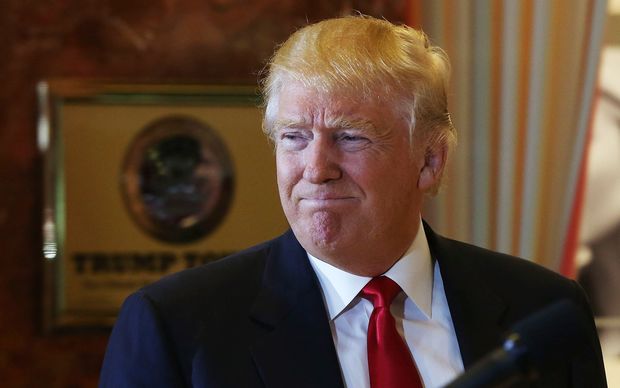 Mr Trump said he would no longer issue press credentials to the influential newspaper, stopping the publication from gaining access to press areas at his presidential campaign events.

"Based on the incredibly inaccurate coverage and reporting of the record-setting Trump campaign, we are hereby revoking the press credentials of the phony and dishonest Washington Post," Trump wrote on Facebook.

The Washington Post, one of the nation's largest newspapers, has assigned a team of reporters to produce a book about Trump that is scheduled to be released later this year.

Earlier today, Trump reiterated his call for a temporary ban on Muslims entering the country but said it could be lifted once they were properly screened.

"We must find out what is going on," Mr Trump said in speech in New Hampshire.. "We need to tell the truth about how radical Islam is coming to our shores."

The newspaper's editor Marty Baron said in a statement, "Donald Trump's decision to revoke The Washington Post's press credentials is nothing less than a repudiation of the role of a free and independent press.

"When coverage doesn't correspond to what the candidate wants it to be, then a news organisation is banished. The Post will continue to cover Donald Trump as it has all along--honorably, honestly, accurately, energetically and unflinchingly. We're proud of our coverage, and we're going to keep at it."

The Washington Post said it wasn't the first news outlet to have been banned by Mr Trump. The newspaper said during his campaign, Mr Trump had temporarily banned Buzzfeed, Politico, Fusion, Univision, the Manchester (N.H.) Union Leader, the Des Moines Register, the Daily Beast and Huffington Post, among others.