Hillary Clinton has reached the number of delegates needed to clinch the Democratic presidential nomination, according to media reports. 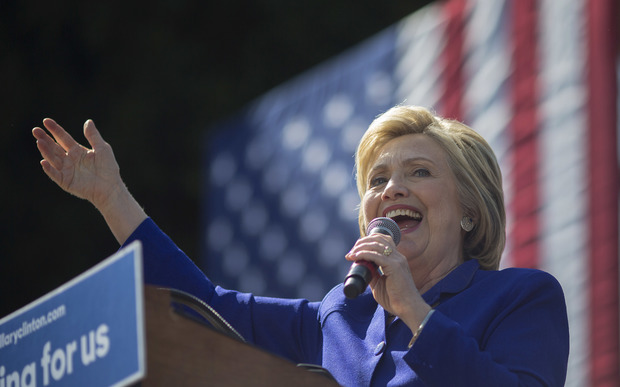 The nomination would her on course to become the first woman to head a major US party ticket.

Ms Clinton, a former secretary of state, reached the 2383 delegates needed to become the presumptive Democratic nominee with a decisive weekend victory in Puerto Rico and a burst of last-minute support from superdelegates.

Ms Clinton has been battling with Bernie Sanders for the nomination.

She has 1812 pledged delegates won in primaries and caucuses. She also has the support of 571 superdelegates, according to an Associated Press count.

But Mr Sanders said Mrs Clinton had not won as she was dependent on those superdelegates, who could not vote until the party convention on 25-28 July. 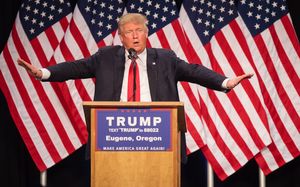 The Democratic Party holds its convention in Philadelphia to formally choose its nominee for the 8 November election against presumptive Republican nominee Donald Trump.

At an appearance in Long Beach, California, shortly after the news broke, she said: "We are on the brink of a historic and unprecedented moment but we still have work to do.

"We have six elections tomorrow and we're gonna fight hard for every single vote, especially right here in California."

The nominee for either major US party is not officially named until the parties' respective conventions.

Mr Sanders has vowed to stay in the race until the convention, and his campaign team said the Vermont senator would attempt to win back superdelegates who have pledged their support to Mrs Clinton.

His spokesman Michael Briggs said it was too early to call the Democratic contest.