Civilians fleeing Fallujah, an Iraqi stronghold of Islamic State (IS), are being shot as they try to leave, an aid agency says. 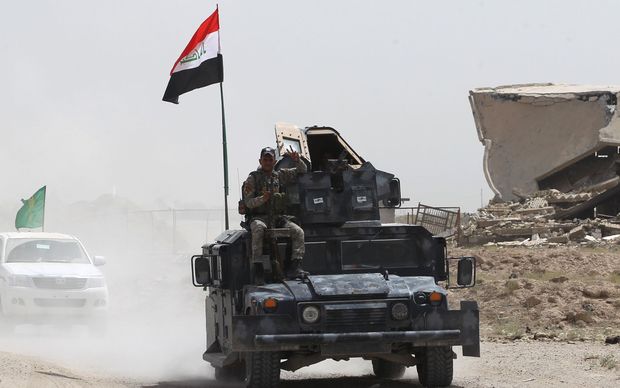 The Norwegian Refugee Council (NRC) said families it had interviewed described seeing people being shot dead as they crossed the Euphrates River.

The NRC, that runs refugee camps near Fallujah, said up to 50,000 people remained in the city.

"Our biggest fears are now tragically confirmed with civilians being directly targeted while trying to flee to safety," said Nasr Muflahi, the Iraq country director of the NRC, which said only that "armed opposition groups" were behind the shooting.

"This is the worst that we feared would happen to innocent men, women and children who have had to leave everything behind in order to save their lives."

Shakir al-Essawi, the head of Fallujah's regional council, told Reuters people were trying to cross the Euphrates in refrigerators, cupboards and barrels.

Fallujah lies just 50km west of Baghdad and has been held by IS since 2014. It is one of two remaining IS strongholds in Iraq.

Iraq's army said on Sunday (Monday NZT) it had all but encircled Fallujah, with only the western bank of the Euphrates not under its control.

The latest area secured by Iraq's military, with the help of US-led air strikes, was the southern district of Naymiyah, the Associated Press reported.

Iraq's Prime Minister Haider al-Abadi said last week that the offensive had been slowed down to protect people still inside Falluja.

Other Iraqi officials have said IS is offering stiff resistance as troops push towards the city centre.