A United States aircraft appears to have mistakenly carried out an air strike that killed Iraqi security forces near the city of Fallujah, US Defense Secretary Ash Carter said on Saturday. 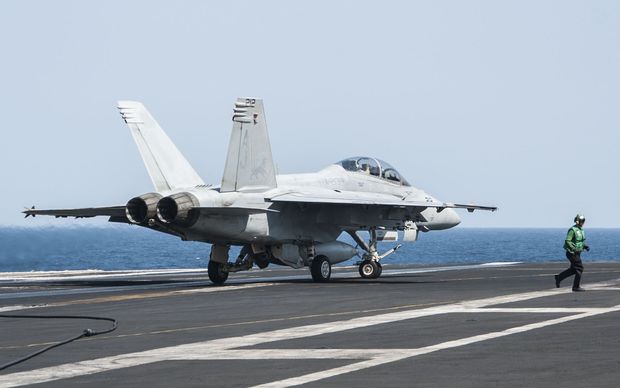 The US military is leading an international coalition that is waging an air offensive on Islamic State in Iraq and Syria, where the militant group controls large swaths of territory.

Obeidi said: "The coalition air forces were covering the advance of army ground troops near Fallujah because the Iraqi army helicopters were not able to fly due to the bad weather."

"A third coalition strike carried out without taking into account the distance that had been covered resulted in casualties among our forces too," Iraq's joint operations command said in a statement.

Carter said he spoke with Iraqi Prime Minister Haider al-Abadi by phone on Saturday to express his condolences over the deaths. It appeared a US aircraft had carried out the air strike, he said.

"That's the information I have now," he told reporters while on a trip to the Middle East.

"He (Obeidi) and I agreed that this was an event that we both regretted and that there would be an investigation of it, but that these kinds of things happen when you're fighting side by side."

Carter met with Obeidi this week during a brief visit to Baghdad to assess the state of the campaign against Islamic State.