The number of forcibly displaced people worldwide will "far surpass" a record 60 million this year, according to a new United Nations report. 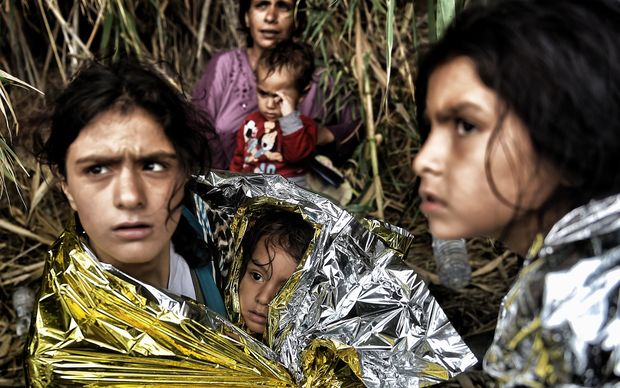 The world body's refugee agency, UNHCR, has called for a "massive resettlement" of Syrian and other refugees within Europe, saying the number of people displaced was at its highest since World War II.

The figure includes 20 million refugees, the highest annual total since 1992.

The report said "one in every 122 humans is today someone who has been forced to flee their home".

The UNHCR said that hundreds of thousands of migrants must be found homes or Europe's asylum system would collapse.

Almost 1 million migrants have arrived in Europe so far this year, and many people are concerned about the impact of such numbers on their communities.

In parts of Germany, there has been a violent backlash, with far right groups targeting newcomers.

Some states have put up fences and introduced border controls despite the European Union's border-free Schengen area.

The UNHCR said the numbers were driven mainly by the Syrian war, fighting in Ukraine and other protracted conflicts, notably in Africa.

Violence in Afghanistan, Somalia and South Sudan also sparked large refugee movements, as well as fighting in Burundi, the Central African Republic, the Democratic Republic of Congo and Iraq.

The agency's head, Antonio Guterres, said the situation required tolerance, compassion and solidarity, especially from Europe, where thousands of people - mostly Syrians - were arriving every day.

He said the numbers of displaced people would grow unless conflicts in Syria, Yemen and Libya were resolved.

Earlier this week, the EU agreed to increase the numbers of Frontex border agency staff in Greece, where hundreds of thousands of migrants have arrived by boat.

Mr Guterres welcomed the move but said it was "not enough", and he called for the number of refugees being resettled in Europe to be increased.

"We are encouraged by the fact that a number of European countries have been saying, and I believe this is on the table to the European Council, that a massive resettlement programme needs to be put in place for Syrians, but I would expect also for refugees in general," he told a news conference.

"And when I mean massive, I mean hundreds and hundreds of thousands of people, not just what has been discussed until now in relation to resettlement.

"If this is not put in place and the tragedy in the Aegean goes on and the Balkan chaotic situation goes on, I must say I am very worried for the future of the European asylum system." 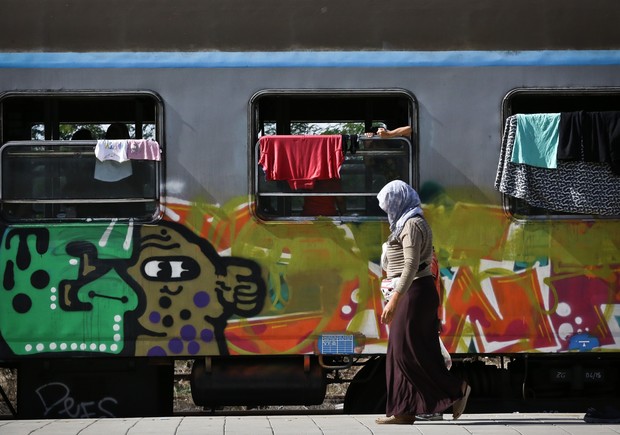 Refugees wait to be transported between Croatia and Hungary, hoping to reach western Europe. Photo: AFP

EU states have agreed to resettle 22,000 people direct from UN refugee camps but so far only about 600 have arrived.

"It is absurd that a continent of 508 million in the EU should find itself unable to deal with what is and should be a manageable number," he told the BBC.

He added: "We have a straightforward moral obligation to take those who are persecuted - which is what refugees are - and to offer them sanctuary."

The report is based on figures from the first half of 2015.

Europe's migrant crisis is only partially reflected in the numbers, since arrivals have escalated in the second half of 2015, a period not covered by the report.

According to the UN's own statistics, the world's population has increased by more than 1.8 billion in that time.