Turkey and European leaders have struck a deal to try to control the flow of migrants to Europe.

Turkey will receive €3 billion ($NZ4.85 billion) and political concessions in return for clamping down on its borders and keeping refugees in the country. 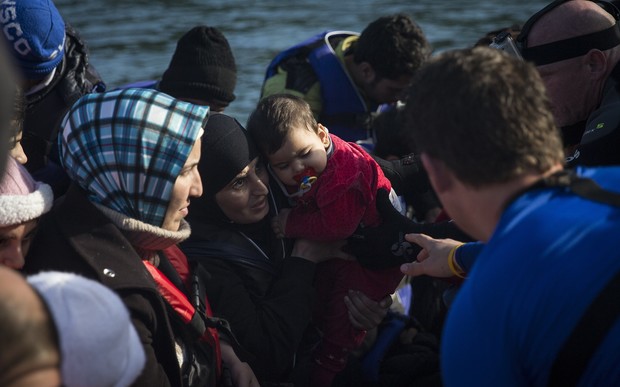 Turkey and European leaders have struck a deal to try to control the flow of migrants to Europe. Photo: AFP

Talks on Turkey's accession to the European Union will also be revived.

Prime Minister Ahmet Davutoglu said it was a "historic day" in Turkey's relations with the EU.

Under the deal, Turkish citizens may be able to travel without visas in Europe's Schengen zone, which allows free movement between many European countries, by October 2016. However, the rules will be relaxed only if Turkey meets certain conditions.

More than 720,000 migrants have arrived in Europe on Greek shores so far this year, the International Organization for Migration says, with most arriving from Turkey.

Many are fleeing conflict in Syria, Iraq and Afghanistan, and lived in makeshift camps in Turkey before their journey.

The €3bn will go towards helping Syrian refugees in Turkey. Ankara has already spent $8bn on helping those in need, Mr Davutoglu said.

"We are paying the price of the failure of the UN system not to solve the problem of the Syrian crisis at the earlier stages of the crisis," he said after the meeting, referring to his country and the EU.

The BBC reports there was reluctance among some EU members to bow too deeply to Turkey when there are serious concerns about its government's respect for democracy and the rule of law.

The editor of the main centre-left newspaper in Turkey, arrested this week after an article that President Recep Tayyip Erdogan disliked, published an open letter to EU leaders urging them not to prioritise the refugee crisis over respect for human rights in Turkey.

But after the talks, Jean Claude Juncker, president of the European Commission, said the deal "would not lead to a situation where we forget about the main differences and divergences we have with Turkey - human rights and freedom of the press".