A United States backed alliance of Syrian Kurdish and Arab fighters has begun a campaign to expel Islamic State (IS) militants from the countryside north of Raqqa. 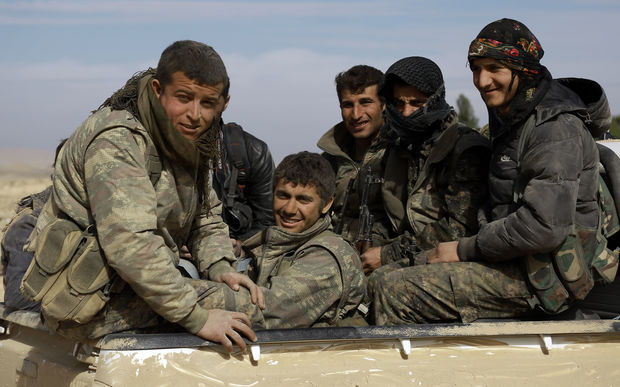 Warplanes from the US-led coalition will support the 30,000-strong Syrian Democratic Forces (SDF), which said the aim was to prevent attacks on nearby towns it controls.

The SDF did not mention any plan to take the city of Raqqa, the de facto capital of the "caliphate" proclaimed by IS in 2014.

And in Iraq, a major assault has begun this week against IS by the Iraq military, with civilians in Fallujah being warned to flee or raise white flags above their homes.

The alliance, which is dominated by the Kurdish Popular Protection Units (YPG) militia, has emerged as a key ally of the US-led coalition over the past two years, leading the fight against IS on the ground in northern Syria.

With the help of US airpower, it has taken control of some 26,000 sq/km of territory, including a 400 km stretch along the Turkish border. 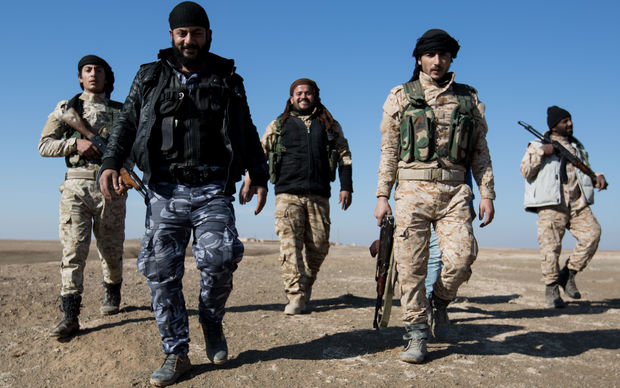 Fighters from the Al Shammar tribe which is a part of the SDF forces. Photo: AFP

SDF commander Rojda Felat wrote on Twitter that the goal of the new offensive was to "liberate northern Raqqa" and those living under IS "oppression".

"The campaign is aimed at repelling terrorist attacks on Shaddadi, Tal Abyad and Kobane, ensuring the security of our people," she said.

"With the participation of all #SDF units, we start this operation to liberate northern #Raqqah," Rojda Felat, Democratic #Syria Forces Comm

A SDF source told the Kurdish news agency, Rudaw, that the campaign was launched from the town of Ain Issa, 50km north of Raqqa.

The source said fighters would be "advancing to the villages of Big Fatiseh, Small Fatiseh and Tishi, in order to clear them of [IS] militants first".

A Baghdad-based spokesman for the US-led coalition, Colonel Steve Warren, said the SDF operation was aimed at "putting pressure on Raqqa", but not taking the city.

The SDF fighters have so far met little resistance, he said.

The anti-IS activist group, Raqqa is Being Slaughtered Silently (RBSS), reported that there had been air strikes on IS positions north of Raqqa on Tuesday (local time), and that intense fighting had erupted around the village of Heisha.

Russian Foreign Minister Sergei Lavrov said Moscow was ready to coordinate with the SDF and the US on the offensive.

The SDF's announcement followed a meeting between officials in the alliance and a top US commander in northern Syria on Saturday.

General Joseph Votel, head of US Central Command, made the secret trip to check on the 200 US military personnel who were advising the SDF on the ground.

The US wants to increase the number of Arab fighters in the SDF, which is currently comprised of at least 25,000 Kurds and between 5000 and 6000 Arabs, before trying to retake Raqqa.

Mr Warren said approximately 3000 to 5000 IS fighters were inside Raqqa.

IS seized the city in August 2013, five months after it became the first Syrian provincial capital to fall to rebel forces seeking to topple President Bashar al-Assad.

The jihadist group quickly established its headquarters there and began imposing its vision of a state, implementing a strict interpretation of Islamic law.