Islamic State militants have launched a counter-attack as Iraqi government troops push into the city of Falluja. 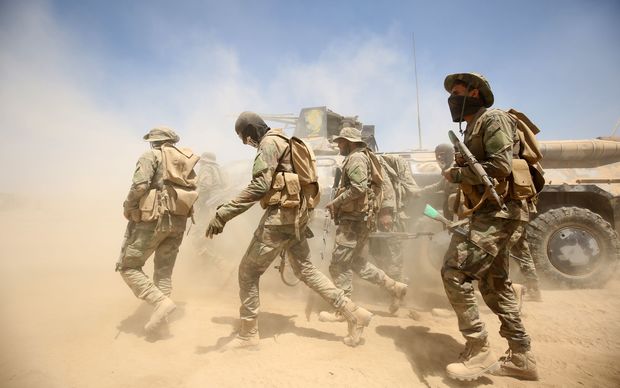 A day after troops advanced through the southern suburb of Nuaimiya, scores of IS fighters attacked them. Army officers told news agencies the military defeated the attackers but suffered casualties.

The United Nations said there were reports the militants were using several hundred families as human shields in the city centre, a tactic they have employed in other locations in Iraq. It said 3,700 people had managed to escape the city in the past week.

Aid workers are increasingly concerned for the safety of 50,000 civilians said to be trapped in Falluja.

Civilians in the city have lived through a nine-month siege with little food or medicine, and reports speak of people starving to death and of being killed for refusing to fight for IS. 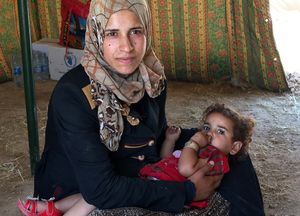 A mother holding her child at camp near Baghdad, set up to shelter people fleeing violence around the city of Falluja. Photo: AFP

The Iraqi military has urged those remaining to either leave the city or stay indoors but IS is preventing civilians from fleeing.

Falluja fell to IS in January 2014, a key moment in the Sunni Muslim jihadist group's rise in which it declared a caliphate across swathes of Iraq and Syria. The city is one of two major centres held by IS in Iraq - the other being Mosul.

Lt Gen Abdelwahab al-Saadi, the overall commander of the Falluja operation, told AFP news agency around 100 IS fighters had taken part in the attack and 75 of them had been killed.

"They came at us heavily armed but did not use car bombs or suicide bombers," he said.

But two officers with special forces in the area told the Associated Press news agency that the jihadists had sent out six explosives-laden cars, none of which reached their targets.

IS also used snipers and tunnels in the attack, they added, speaking on condition of anonymity.

Jan Egeland, secretary general of the Norwegian Refugee Council, which helps families displaced from the city, warned on Tuesday that a "human catastrophe" was unfolding in Falluja.

"Families are caught in the crossfire with no safe way out," he said.

"Warring parties must guarantee civilians safe exit now, before it's too late and more lives are lost." 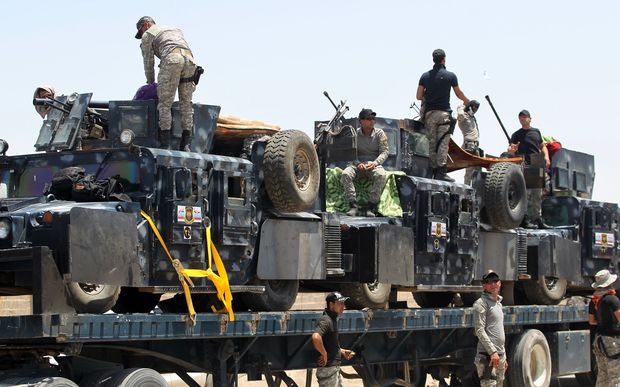 Iraqi security forces with vehicles and equipment on the outskirts of Fallujah last week as they prepared for the attempt to retake the city. Photo: AFP