Turkish President Recep Tayyip Erdogan has called on Muslims to reject contraception and have more children. 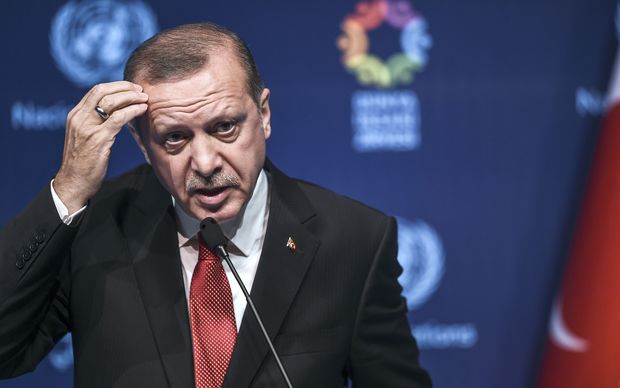 In a speech broadcast live on television, he said "no Muslim family" should consider birth control or family planning.

"We will multiply our descendants," said Mr Erdogan, who became president in August 2014 after serving as prime minister for 12 years.

His AK Party has its roots in Islamism and many of its supporters are conservative Muslims.

In Monday's speech in Istanbul, the Turkish leader placed the onus on women, particularly on "well-educated future mothers", to not use birth control and to ensure the continued growth of Turkey's population.

Mr Erdogan himself is a father of four. He has previously spoken out against contraception, describing it as "treason" when speaking at a wedding ceremony in 2014.

He has also urged women to have at least three children, and has said women cannot be treated as equal to men.

The Turkish Statistical Institute says that the country's fertility rate was 2.14 children per woman in 2015, which is just above the replacement level and half the rate in 1980.

Despite this decline, Turkey's fertility rate is one of the highest in Europe and the country's relatively young population (compared with other European countries) is still growing. The population is just under 80 million.

One fifth of married women use abortion as a way of controlling their fertility, it says.