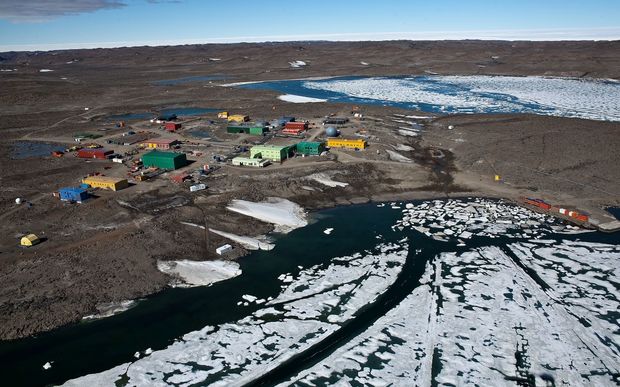 Dr Jonny Stark, an ecologist from the Australian Antarctic Division (AAD), said the Antarctic Treaty, designed to regulate pollution in the Antarctic, was not up to the task.

But a solution may be at hand, with Australia set to send a world-first sewage treatment plant to Antarctica in coming months.

Dr Stark hoped the plant would solve the problems he had witnessed diving in the water off Davis Station - an Australian research base.

"The studies that we did were a really good opportunity to evaluate and assess the minimum requirements of the Antarctic Treaty and we basically found that they're probably ineffective in limiting environmental impacts from ocean outfalls," he said.

ssentially pureed sewage - known as macerated sewage - out to sea from 2005 when the treatment plant broke down under the harsh conditions on the icy continent.

The treatment plant was replaced in 2013. 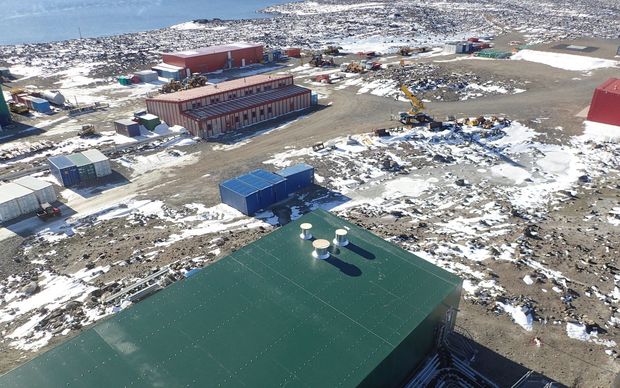 But dozens of other bases are permitted to pump macerated sewage out to sea under the Antarctic Treaty rules.

One study, from 2008, estimated as many as 37 per cent of all bases did not treat their sewage.

The effect of the raw sewage has been noticed by scientists.

"We measured the presence of sewage biomarkers up to 1.5 to two kilometres from the outfall," Dr Stark said.

Fish were found with deformed gills and livers and even just the types of animals found on the ocean floor near the sewage pipe outlet were different from other areas.

He said the researchers found some seals and penguins were showing signs of antibiotic resistance - a trait he said could only come from human pollution.

"I think that's something we should be very concerned about. We don't know what the long-term implications of that might be but it's probably not a good thing," Dr Stark said.

Dr Stark's work will be presented at this week's meeting of the parties to the Antarctic Treaty in Chile.

At the same meeting, Australia will unveil its plans to ship an advanced sewage treatment plant to Davis Station.

Over five years, the AAD has been developing and testing the specially made plant, currently housed in two shipping containers in Hobart.

The water it produces is good enough to drink.

Indeed, the AAD is conducting research to find out how willing expeditioners would be to drink recycled water.

Victoria University Institute for Sustainability and Innovation director Stephen Gray was one of the brains behind the treatment plant.

He said if expeditioners were willing, drinking the recycled water would have some serious benefits.

"At the moment they desalinate water from a hypersaline tarn - so very salty water. It's cold so the amount of energy that they actually have to use to heat that water up before they treat it and then make it available for drinking is quite a lot of energy," Professor Gray said.

"So recycling the wastewater would probably save something like about 70 percent of the energy used to make the drinking water down there."

"There's very active discussion going on within the treaty at the moment looking at whether those minimum [sewage treatment] standards are sufficient and what those stations in Antarctica should move to," he said.