New Zealand scientists could lose about $250,000 worth of scientific equipment after two massive icebergs broke off the Antarctic coastline at the weekend. 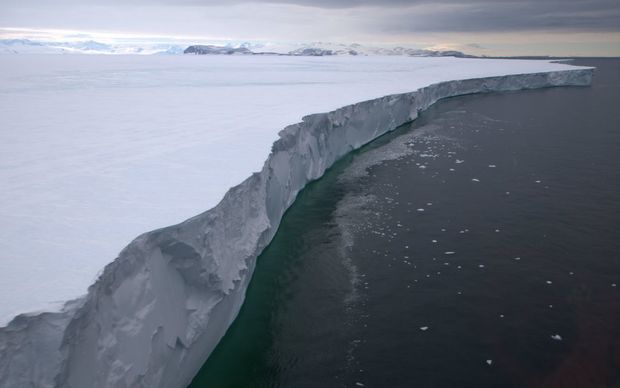 Two icebergs have broken off from the Nansen Ice Shelf since this photo was taken. Photo: Craig Stephens

The icebergs were thought to be between 5km and 15km long and up to 5km across. They could be up to 100m thick in places.

Oceanographer Mike Williams said NIWA had deployed a mooring in December with the equipment, to help understand the effects of climate change on ice shelves and sea ice.

Dr Williams said NIWA was worried the icebergs that had broken off the ice shelf were so deep they could catch the top of the mooring and drag or break them if the icebergs drift over the mooring.

"Those icebergs have calved right near where we have some equipment in the water and so what we're worried about is those icebergs are going to drift right through where our equipment is and basically wipe it off the sea floor."

Dr Williams said due to the winter season, the equipment was unreachable.

"There's no access to Antarctica anymore for us, and getting a ship like an icebreaker, which costs millions of dollars to operate, it's not something that someone just has sitting around ready for us to race off and rescue our equipment." 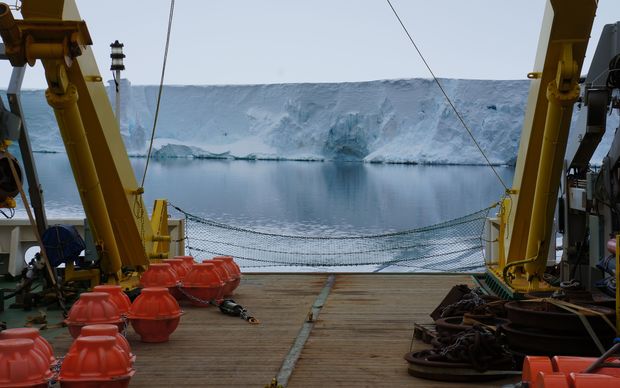 The NIWA mooring being deployed in Terra Nova Bay last December. The equipment is now at risk. Photo: Brett Grant

He said they should know within the fortnight if the equipment had been affected, but they would not be able to go down and physically check on the equipment until next summer.

"We could lose a whole year of data. If that happens it will leave a gap in our research and that's unfortunate."

A similar mooring installed by the US was also at risk. However, another NIWA mooring stationed to the south should be safe from the icebergs.

Ice shelves line the perimeter of Antarctica and regularly calve icebergs. The Nansen Ice Shelf is about 50km long and 30km wide.

A small crack in the shelf was first spotted in December 2013. NASA scientists noticed this year the crack had grown rapidly and almost spread across the entire width of the ice shelf.

"We could see the crack from satellite images but predicting when an ice shelf will calve is difficult. It could have happened any time in the next five years," said Dr Williams.