Two tropical cyclones gathering strength in the Pacific are expected to bring big swells to some North Island beaches this weekend. 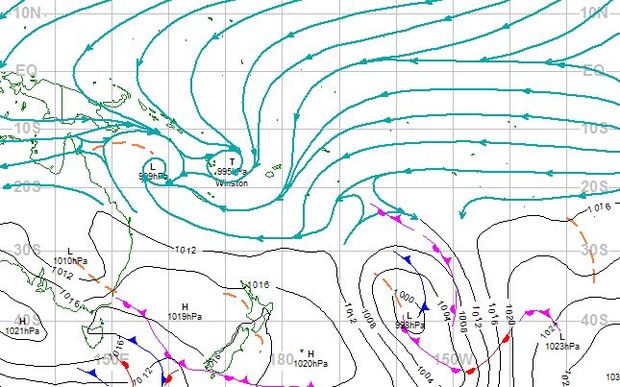 National Institute of Water and Atmospheric Research (NIWA) meteorologists expect Cyclones Winston and Tatiana to strengthen rapidly with winds up to 150km/h.

The weather agency said Cyclone Winston was moving south-east of Vanuatu and Cyclone Tatitana would pass west of New Caledonia.

The storms were heading south but were expected to turn away or weaken before reaching New Zealand.

However, NIWA said a rising east to northeasterly swell would intensify at North Island beaches in the next few days.

It said a third storm south of Australia early next week could bring heavy rain and gusty winds.