A tropical cyclone to the east of Vanuatu has been upgraded to a category two system.

Cyclone Winston is moving in a south south-easterly direction and does not pose any threats to islands in the region at this point.

Winds close to its centre are expected to increase to over 110km an hour later today.

It is forecast to intensify as it moves further south south-east between Vanuatu and Fiji at 9km per hour.

The system has brought heavy rain to Fiji's main island of Viti Levu, with a flood warning in place for the Rakiraki area. 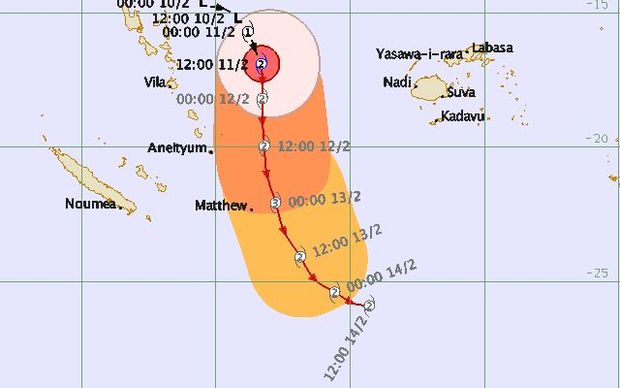 Meanwhile, tropical cyclone Tatiana, a category one was located over the central Coral Sea early this morning.

Cyclone Tatiana is currently moving east southeast at about 7km per hour.

Tropical cyclone Tatiana is situated well offshore and poses no immediate threat to the Queensland coast according to Australia's Bureau of Meteorology.