Republican presidential candidate Donald Trump appears to have softened his stance on temporarily barring Muslims from travelling to the US. 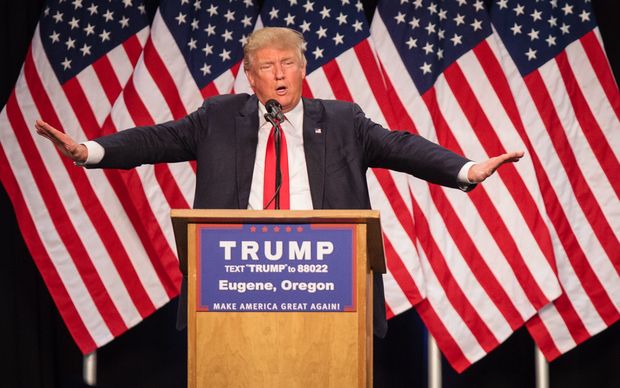 Mr Khan has expressed concern that he would not be able to travel to the US under a Trump administration because of his Muslim faith.

Mr Trump had offered to make an "exception" for Mr Khan.

Mr Khan refused Mr Trump's offer, saying the New York businessman's views were "ignorant" and would make the UK and the US "less safe".

Mr Trump proposed a ban on Muslims entering the US after attacks in Paris killed 130 people last year.

The suggested ban has been widely criticised in the US and abroad but Mr Trump until now has stood by the proposal, saying it was needed to ensure US security.

"It's a temporary ban. It hasn't been called for yet," Mr Trump said on Wednesday. "This is just a suggestion until we find out what's going on."

Mr Trump has shifted positions in the past on a variety of issues only to change his stance days later.

He has often given conflicting accounts on issues including his tax plan, abortion and transgender people accessing public toilets.

This flexibility has led to concerns among Republican Party leaders about his candidacy.

Top Republicans including House Speaker Paul Ryan have said they are not ready to support Mr Trump in the general election.

Mr Trump will meet Senator Majority Leader Mitch McConnell, Mr Ryan and others on Thursday in an attempt to resolve differences.

Mr Trump has so far refused to release his tax records - a common practice among presidential nominees. Mrs Clinton has posted her past eight tax returns on her website.

"It is disqualifying for a modern-day presidential nominee to refuse to release tax returns to the voters, especially one who has not been subject to public scrutiny in either military or public service," Mr Romney said.