Dozens of student activists have been freed from prison in Myanmar, a day after Aung San Suu Kyi pledged to work to free all political prisoners. 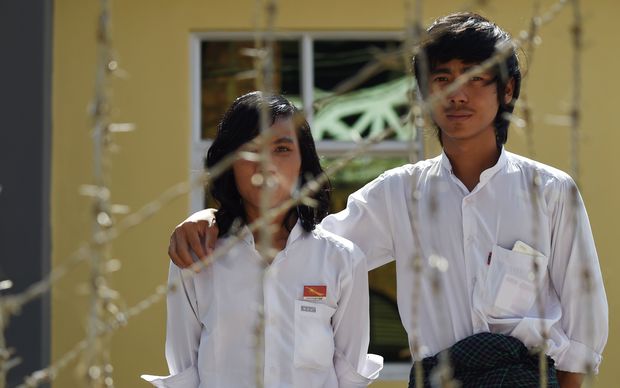 Detained Myanmar students Myo Htet Paing, 20, and Lwin Ko Ko Aung, 20, outside the court house in Tharrawady before their trial. The pair are among 40 students facing charges over education reform protests last March. They face up to 10 years in jail if convicted. Photo: AFP

Cheers broke out as a court dropped charges against the 69 students, who had been in detention for over a year.

However, an estimated 400 political prisoners are still behind bars.

Ms Suu Kyi, Myanmar's de facto leader, said the release of the remaining prisoners had been delayed by the legal process required.

The delay means they will not be freed until after the end of the Burmese New Year holiday, in 10 days time.

There were emotional scenes as the student activists were released - many were met by tearful parents, and singing and dancing supporters who presented them with flowers.

Many cried as they were reunited with their families.

The students were arrested during protests against educational reforms in March last year.

The families of Myanmar's political prisoners gathered outside prisons and courts on Friday, hoping their loved ones would be freed.

However, a quarter of parliamentary seats are automatically held by the military, meaning it remains hugely influential.

Ms Suu Kyi was once a political prisoner herself, as were many members of her NLD party.

Its first move was to create a powerful new role, State Councillor, for Ms Suu Kyi, who began by pronouncing an amnesty for political prisoners.

In her first statement since assuming the new, broadly-defined role, Ms Suu Kyi said: "I am going to try... for the immediate release of political prisoners, political activists and students facing trial related to politics."

The party specifically chose not to use laws requiring military approval before release.

The amnesty could affect up to 500 inmates. The routine jailing of dissidents was one of the most egregious acts of the former junta, stirring international outcry and support for Ms Suu Kyi's pro-democracy movement. 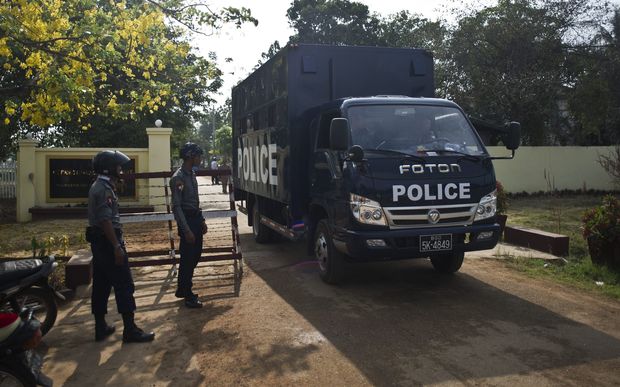 Although the quasi-civilian government that replaced the junta in 2011 had freed hundreds of political detainees, it also oversaw the detention of scores more, particularly those involved in land and education protests. 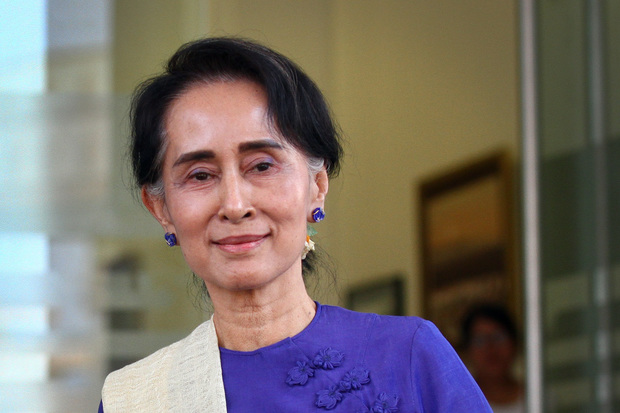 Ms Suu Kyi herself spent about 15 of 20 years under house arrest and many current NLD politicians also served time in the country's notorious prisons.

According to the Assistance Association for Political Prisoners, 90 political prisoners were in jail and more than 400 activists were facing trial as of February.

The majority were arrested before last November's landmark elections, which Ms Suu Kyi's political party won in a landslide.