It's been a quarter of a century since a national election in Myanmar.

Way back in 1990, the opposition National League for Democracy - and its leader Aung San Suu Kyi - won 80 percent of seats across the country, in a political victory so comprehensive it prompted the military junta to simply cancel the results, saying the country was "not ready" for democracy. 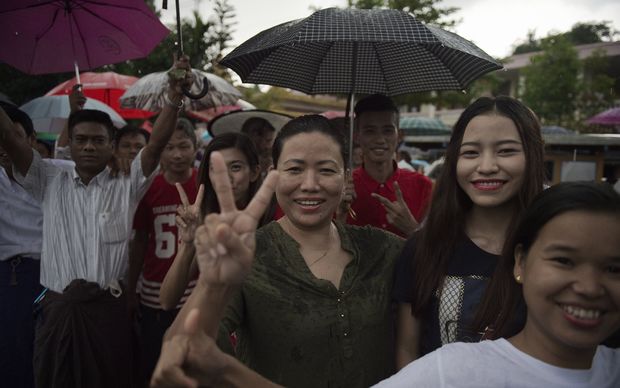 At the past weekend's polling day, Ms Suu Kyi's party had another opportunity to achieve their long-held goal of taking the nation back from the generals. The votes are now in and election observers reported a calm atmosphere, with voters happy to wait in long lines for their chance to participate. About 30 million people were eligible to vote - with more than 6000 candidates from nearly 100 political parties running.

The NLD must take more than 67 percent of the 664 seats on offer to gain a majority. The very first results are due later today.

But whether or not a NLD landslide occurs, when the vote-counting is over the election result will still mean a whopping 25 percent of the seats on offer will be reserved for the Army and its political vehicle the Union Solidarity & Development Party (USDP), headed by the current President Thein Sein. Under alterations made to the constitution any constitutional change requires a majority of more than 75 percent of sitting members.

The military is also guaranteed all of the three Cabinet positions relating to national security, useful in a country where the internal conflict between Yangon and a series of rebellious and secessionist minorities has meant a running civil war of sorts for most of the last 50 years. 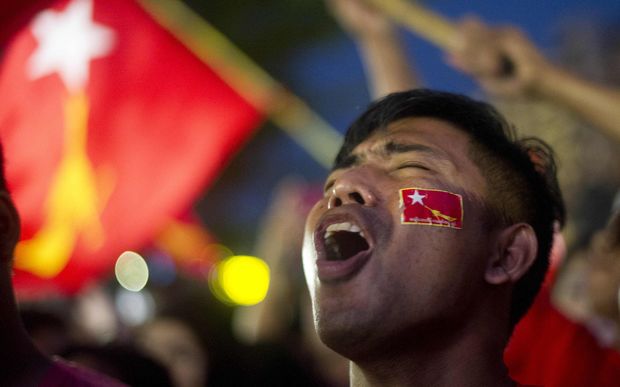 A supporter of Myanmar opposition leader Aung San Suu Kyi's party cheers as he watch a polling station count on a giant screen outside the party headquarters in Yangon. Photo: AFP

Perhaps more remarkably, the constitution permits the army to take back the reins of power, should they believe that once again the country has moved to a place where it was "not ready" for democracy.

And in a final bulwark against the NLD and its allies, the 2008 constitution - in article 59(f) - requires that any prospective leader of the country has not committed the apparently inappropriate act of having children born outside Myanmar.

But in spite of these limitations and the seemingly impossible parameters set up in a political structure that favours the military-backed incumbent over all challengers - the 8 November election has been an historic step in the right direction. 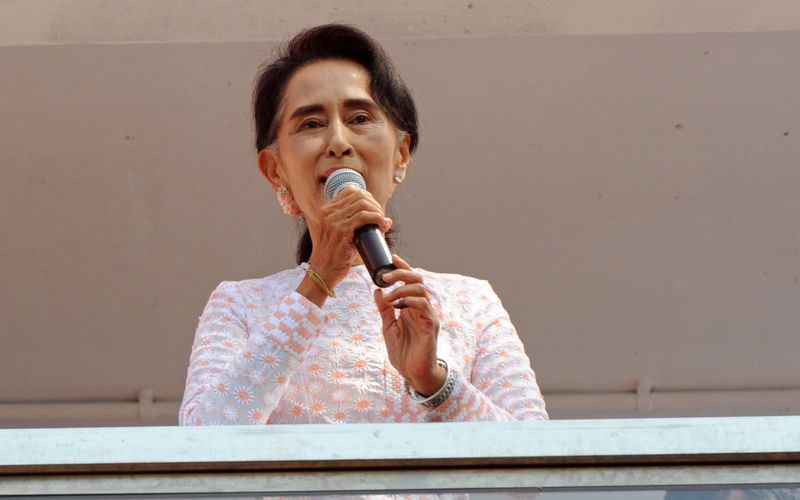 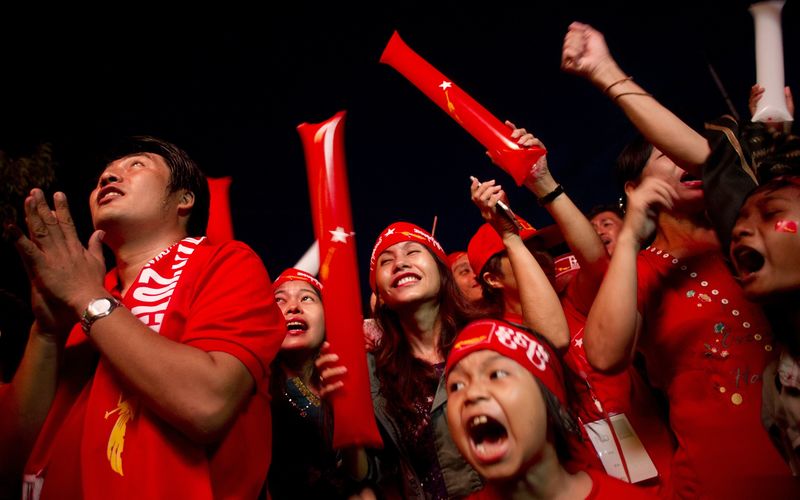 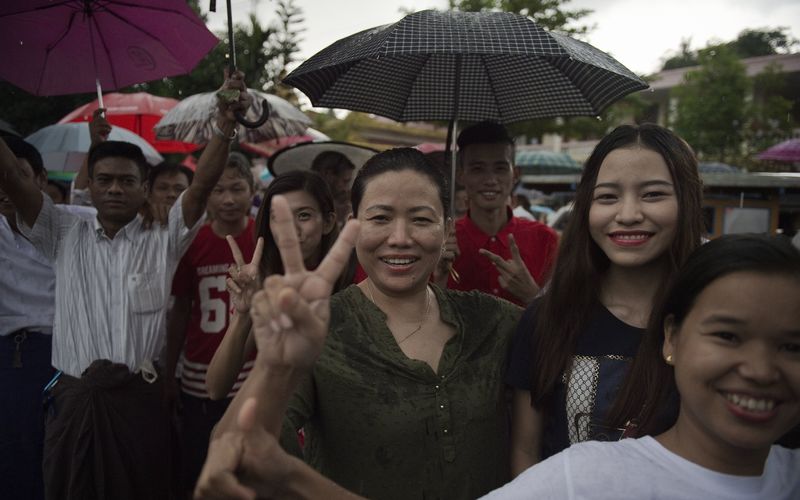 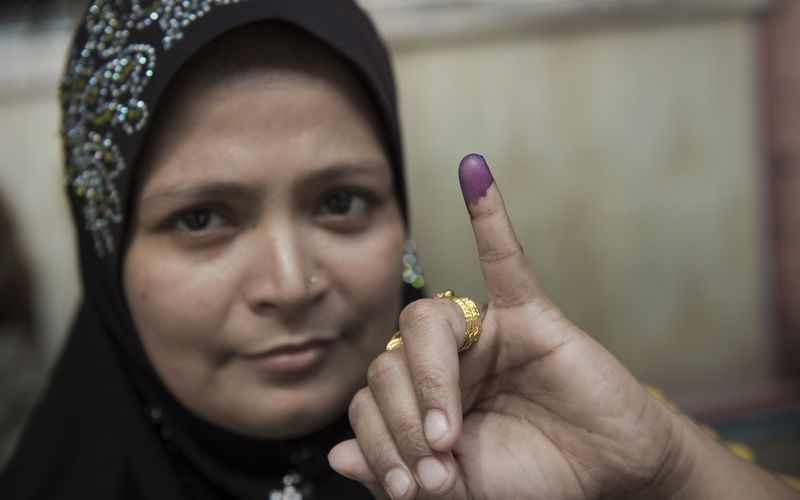 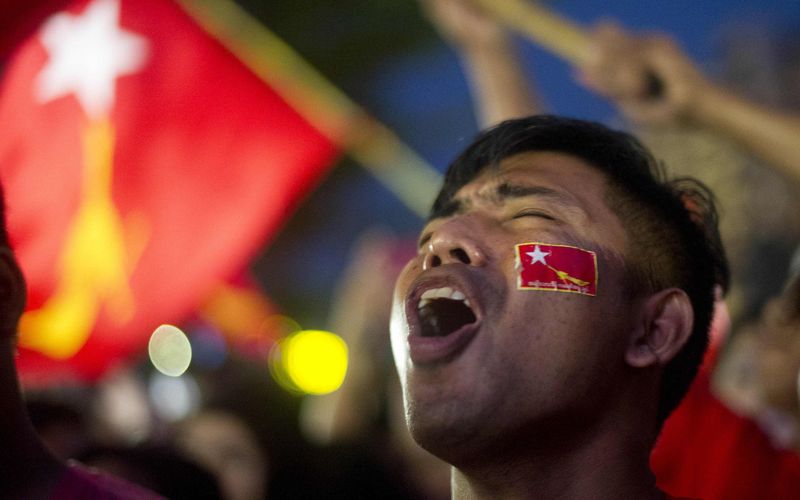 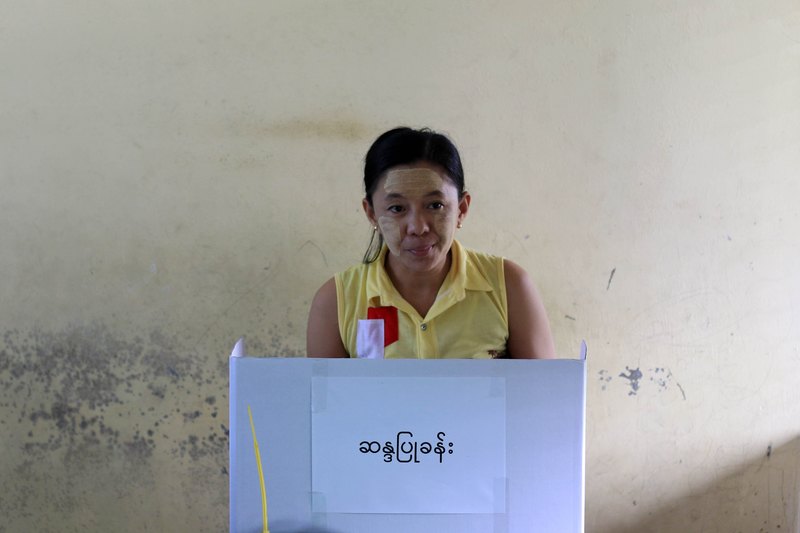 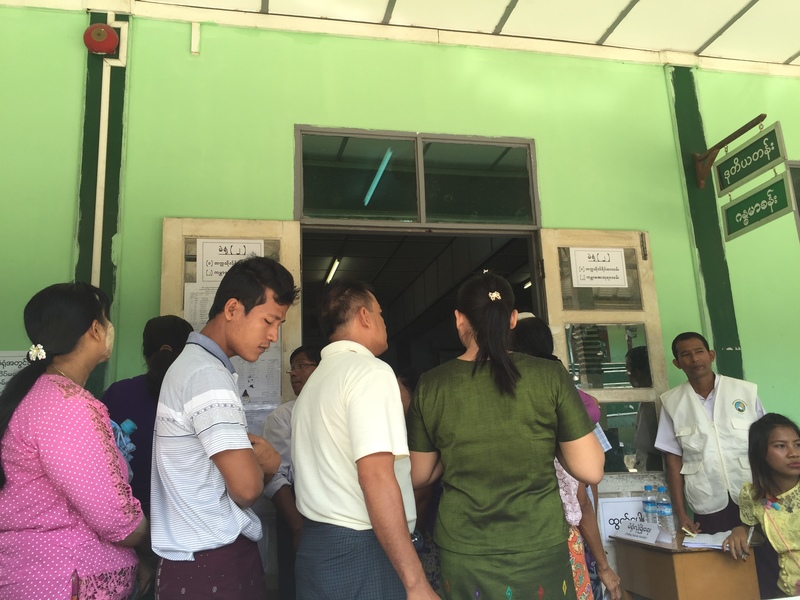 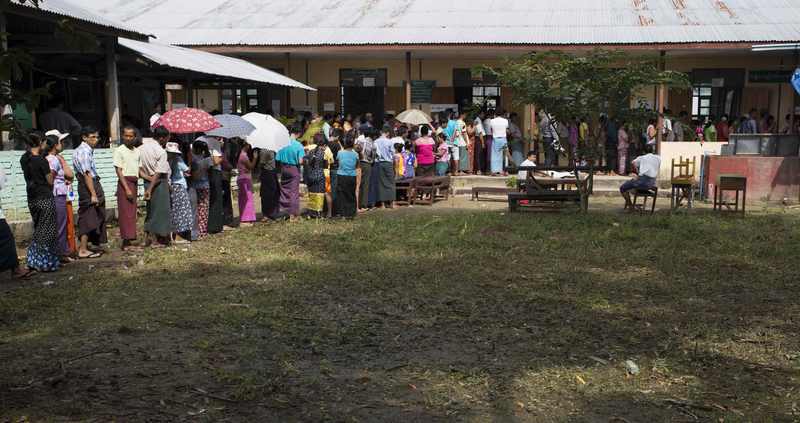 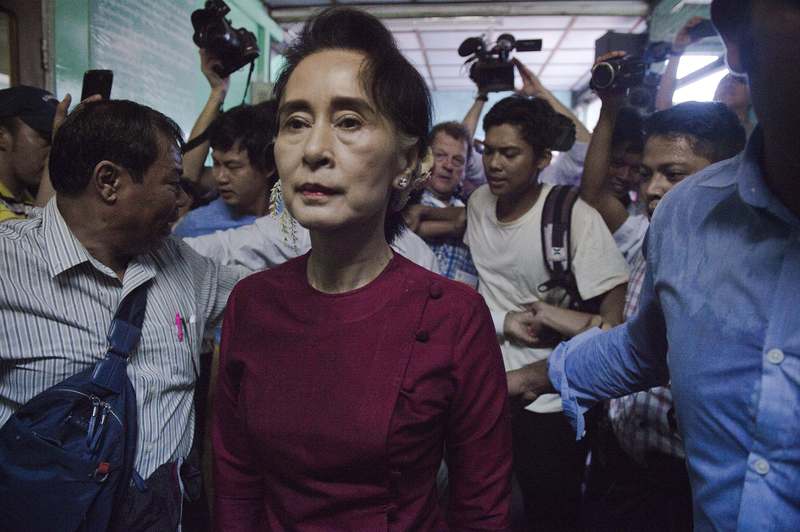 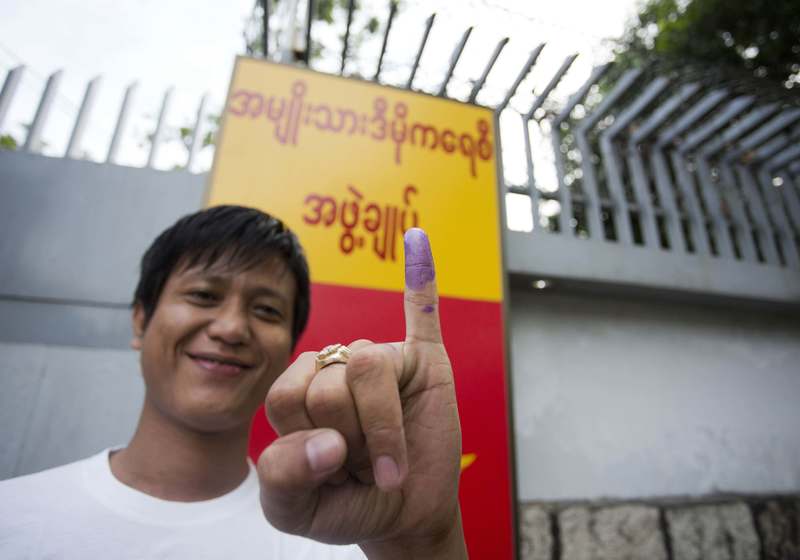 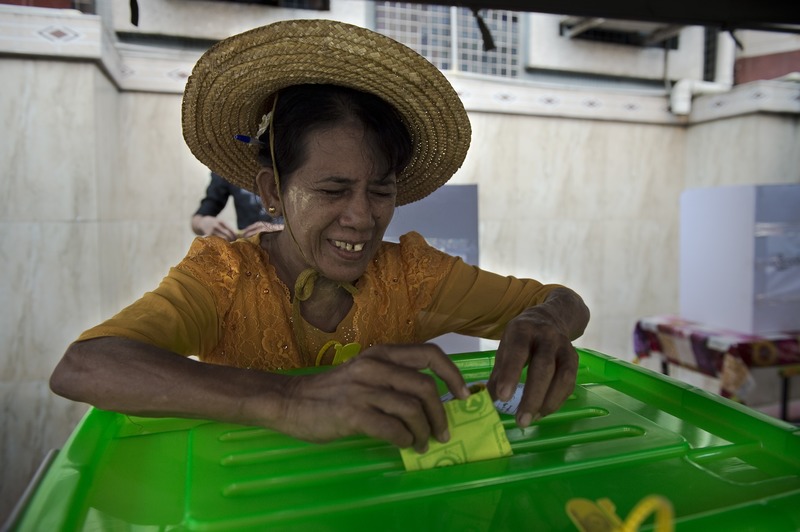 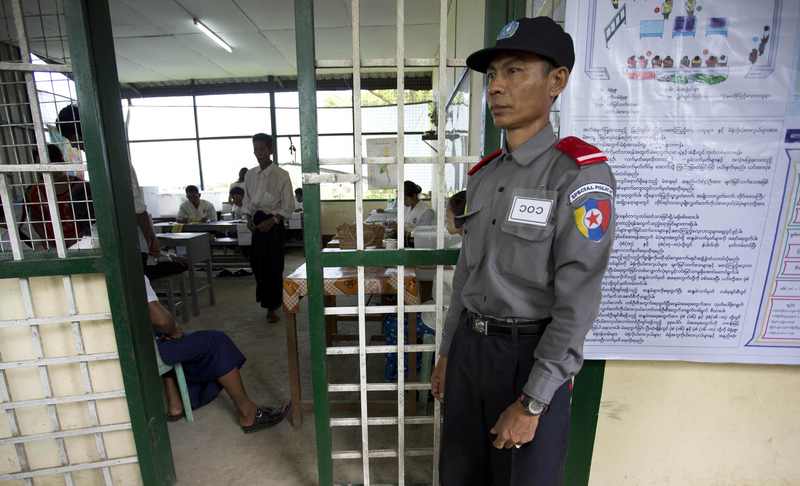 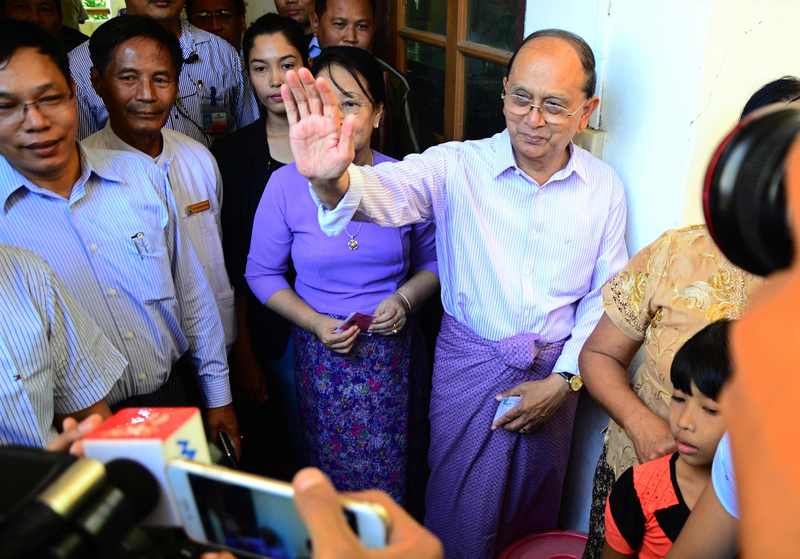 The past five years have seen sweeping changes across Myanmar from a quasi-military government once noted for its ruthless authoritarian rule. Media censorship was relaxed, labour unions were legalised, and hundreds of political prisoners were released. Political parties emerged, and the NLD's iconic leader was released from a house arrest of nearly 20 years.

And while a more liberal mood may prevail, in some ways the greater freedoms have given some long-suppressed tensions the room to rise again. In 2015, Myanmar displays a streak of religious nationalism and intolerance that will not be solved by a single election, no matter the degree of "democracy" it entails.

The reform process also faces the twin problems of endemic poverty and minimal education standards among Myanmar's people, not to mention fundamental issues around national infrastructure and the supply of basic needs like electricity. Nearly two thirds of the country still has no access to electric power, and the power supply in major cities like Yangon remains unreliable.

These complex issues, along with the continuing armed conflict with minorities, the on-going persecution of the Rohingya people in Rakine State, and the rise of an occasionally violent Buddhist nationalism, will all contribute to a post-election Myanmar where a victorious NLD may find the fruits of victory are somewhat bittersweet.