Amnesty International is calling on the new government of Myanmar to immediately release all the nation's political prisoners. 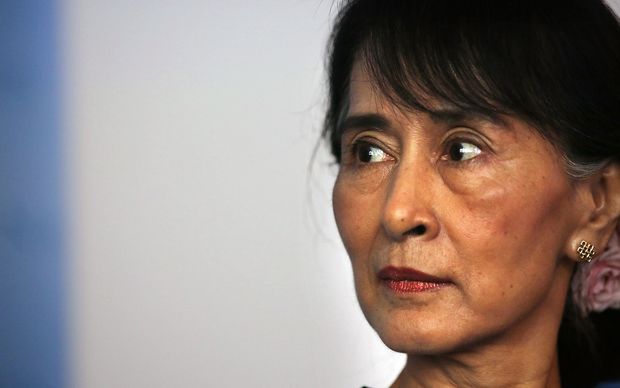 A new democratic government takes charge on 1 April, and Amnesty is urging Aung San Suu Kyi, new president Htin Kyaw and the National League for Democracy (NLD) government to free prisoners of conscience and reform the country's legal system as soon as possible.

In a report called New Expression Meets Old Repression it said legal loopholes were being used to hand out lengthy jail sentences to activists and ensure that they were kept off the streets.

One such loophole meant those charged with crimes against the state could be charged multiple times for the same offence if they occurred in different locations on the same day.

"Myanmar's legal framework reads like a textbook of repression, and authorities have in recent years increasingly used it to silence dissent," he said.

"To break the vicious cycle of political arrests, the new government must prioritize reforming the legal code to ensure that speaking out is no longer a crime, and it must release all those imprisoned simply for doing so".

The NLD, Mr Patel said, risked being hamstrung by the repressive laws they would inherit. 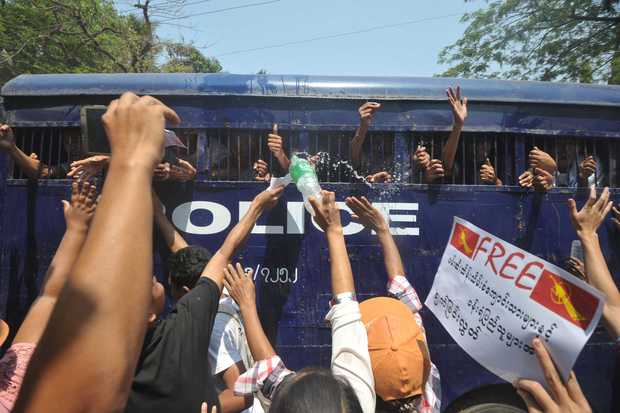 In the report Amnesty International said authorities in Myanmar had engaged in a far-reaching crackdown on opponents in the past two years.

It had relied on a range of tactics and draconian laws to silence dissent the report said, some new and some dating back to the years of outright military rule before the election in 2011.

The 2011 election was boycotted by the NLD.

Amnesty said a range of people - including journalists, human rights defenders, students, and labour and land activists - had been repressed.

The repression and arrests of activists had continued, it said, since the November 2015 elections.

The report said almost 100 prisoners of conscience were in jail while hundreds of other activists were in detention or waiting for their trials to conclude.

Mr Patel said the sheer number of political prisoners was a dark stain on Myanmar's record.

"It belies the authorities claims to have turned a corner on human rights - the ramping up of repression and arrests of people who have done nothing but peacefully express their views has been deeply disturbing," he said.

Authorities were also reported to be using the law to bring charges against groups of people participating in protests, in ways which amounted to collective punishment. 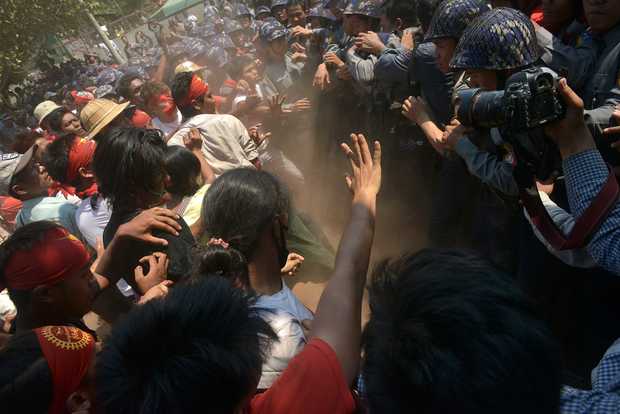 Student protesters clash with riot police during a march in Letpadan, some 130 kms north of Myanmar's main city on March 10, 2015. Photo: AFP

Following nationwide student protests which started in 2014 and ended with the beating of students by police in the town of Letpadan in March 2015, scores of students and their supporters were arrested and detained. At least 45 remain in detention awaiting trials.

Changing the role of the military

New NLD party MPs have said human rights for all people will be a priority when they take office, and they are already organising themselves into various committees to reform legislation.

The party has an historic opportunity to bring about change, but the task it faces is huge given the embedded nature of the armed forces in Myanmar's power structures.

These include the Ministry of Home Affairs, which oversees the police, and the ubiquitous General Administration Department, whose offices are found in almost all Burmese towns and cities.