Myanmar's new president Htin Kyaw has been sworn in as the country's first elected civilian leader in more than 50 years. 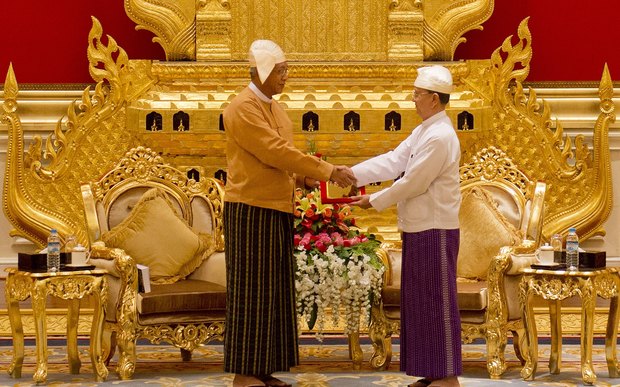 Htin Kyaw from the National League for Democracy (NLD) takes over from Thein Sein, who introduced wide-ranging reforms during his five years in power.

Although NLD leader Aung San Suu Kyi is barred from the presidency, she has said she will rule by proxy.

The handover completes the transition that began after the NLD won a landslide win in elections in November.

Htin Kyaw, 69, said he would be "faithful" to the people of Myanmar, as he took the oath of office in a joint session of parliament in the capital Nay Pyi Taw.

Vice-presidents Henry Van Thio and Myint Swe, who lost to Htin Kyaw in the presidential vote earlier this month, were also sworn in, as were new cabinet ministers.

Most of the ministers belong to the NLD. The list includes Ms Suu Kyi, who will be in charge of foreign affairs, the president's office, education, and energy and electric power.

But the military is appointing its own nominees for three key ministries - defence, home affairs and border affairs. 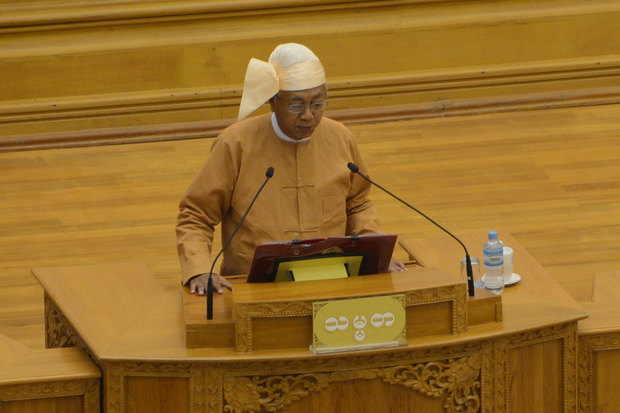 In a brief speech, Htin Kyaw noted challenges ahead including the need for a nationwide ceasefire. The government has been engaged in armed conflicts with various ethnic groups for decades.

He also spoke about the constitution complying with modern democratic values, in a nod to the NLD's stated goal during the election campaign of changing the constitution. 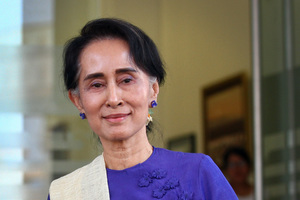 Correspondents say this is perhaps the most sensitive issue in the NLD government's relationship with the army, who have 25 percent of parliamentary seats. It means the army retains the power to veto any changes to the constitution, as that would require more than 75 percent of votes.

The constitution contains a controversial clause barring anyone with family members who have another nationality from becoming president - widely seen as aimed at preventing Ms Suu Kyi from taking power, as her two sons are British.

Despite the restriction Ms Suu Kyi, who remains hugely popular and prominent in Myanmar, has vowed to act "above the president".

Last year, the NLD won 80 percent of contested seats in a historic election that was considered mostly free and fair and now dominates parliament.

Outgoing President Thein Sein, who led a quasi-civilian government from 2011 ending decades of military rule, will hand over power to Htin Kyaw, who assumes office on 1 April.

Thein Sein is credited with starting the reform process in Myanmar, also known as Burma.