Donald Trump's Republican rivals have condemned protests that shut down his campaign rally in Chicago, but say his inflammatory speeches are partly to blame.

The rally was postponed for safety reasons after hundreds of demonstrators gathered both inside and outside the venue and then clashed with Trump supporters.

In statements, Republican candidates Ted Cruz and Marco Rubio both called the incident sad, but added that the billionaire businessman shared some responsibility. 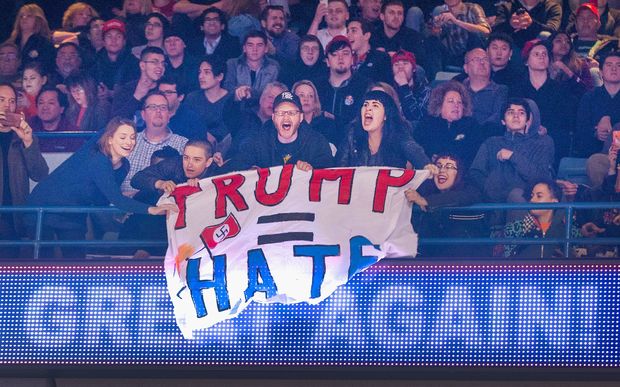 His rallies often attract small groups of protesters, but Friday's was the first at which there may have been as many protesters as supporters.

The two sides shouted at each other until a Trump campaign staffer appeared and announced the event would be put off until an unspecified date for security reasons. The cancellation followed a an appearance by Trump in St. Louis, Missouri earlier on Friday during which protests forced the front-runner to halt his speech repeatedly.

"Go home to mommy," Trump said as security personnel ejected one of the protesters in St. Louis.

"When you have a campaign that affirmatively encourages violence," Cruz, the Texas senator, said, "you create an environment that only encourages this sort of nasty discourse."

In Chicago, while activity inside the rally was largely peaceful, a group of protesters gathered nearby clashed briefly with police when they tried to shut down an expressway, a Chicago Police Department spokesman said.

Two police officers were injured; one required stitches, according to the spokesman. A reporter for CBS News was arrested and later released, according to media reports.

Hundreds of protesters gathered outside the venue at the University of Illinois hours before Mr Trump was due.

Inside the auditorium, fighting broke out between Trump supporters and protesters, who waved flags and chanted.

After the announcement was made that the rally was being cancelled, the crowd began to chant and cheer and scuffles broke out, with the police moving in to break up several groups. 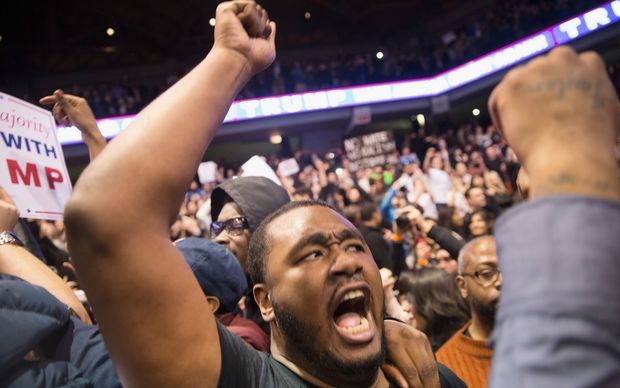 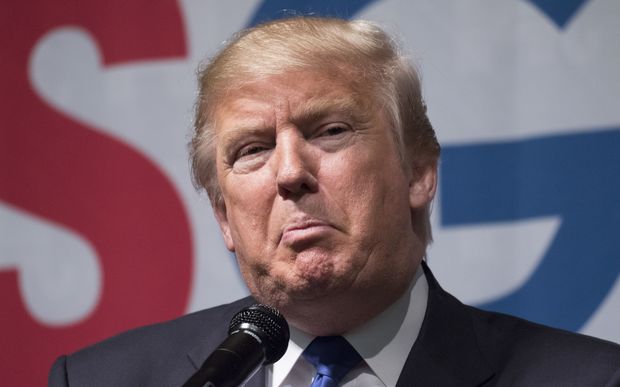 Chicago activists had spent the week leading up to the rally planning how to disrupt it.

Trump has become a particularly polarizing candidate in the current presidential campaign. He has both inspired impassioned supporters and ignited a backlash of angry dissent with his promise to build a wall along the US - Mexican border to keep out illegal immigrants and his call to temporarily ban the entry of Muslims into the country.

One group at Friday's event, Showing Up for Racial Justice, coordinated with minority student groups on local campuses, using group email chains and messaging so that protesters could stay in constant communication. 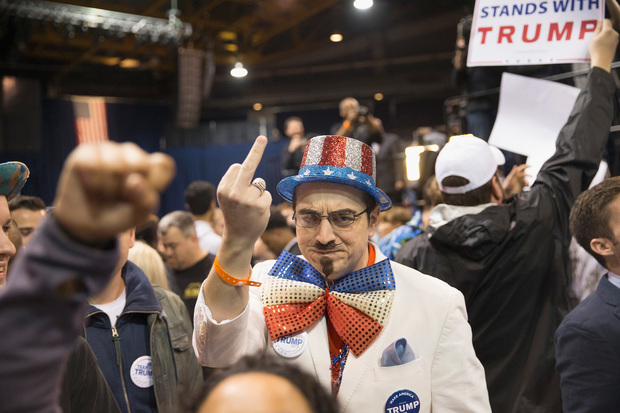 One of the organizers, Nathaniel Lewis, 25, a master's degree student in public health at the University of Illinois at Chicago, said he was shocked they succeeded in shutting the rally down.

"I'm happy, I'm at peace because we came together as a collective," Lewis told Reuters. "This is the last thing we expected to happen, it shows the power of unity."

Trump, speaking to MSNBC by telephone shortly after the canceled event, said he met with law enforcement after arriving in Chicago. Though he believed it would have been possible to move forward, he said he made the "wise decision" to postpone the rally to keep everyone safe.

Trump brushed off questions from MSNBC's Chris Matthews about whether such widespread disruptions were to be expected given the increasingly aggressive tenor of recent campaign events.

Trump said his supporters had planned for a peaceful rally and that it was derailed by the protesters.

"You can't even have a rally in a major city in this country anymore," Trump said. "Up until this point we've had no problem."

Trump told MSNBC he expected support for his candidacy would only increase.

Earlier in the day, at a rally in St. Louis, Missouri, Trump had been speaking for less than 10 minutes when protesters began interrupting him. The disruptions continued over the next hour as Trump urged security to "get them out."

"Can I be honest with you, it adds to the flavor, it's more exciting. Isn't this better than listening to a long boring speech?" Trump said of the disruptions.

At some events, altercations have turned physical. In New Orleans last week, several protesters supporting the Black Lives Matter movement were dragged out as Trump shouted "get them." In Fayetteville, North Carolina, on Wednesday, protesters interrupted Trump's speech more than 16 times. One was punched as he was led from the arena.

Jedidiah Brown, 29, dashed onto the Chicago stage where Trump was expected to speak Friday and tore the campaign sign from the podium before police took him outside. He was not arrested.

"I was born and raised in Chicago so I felt it was my responsibility to let him know he's not welcome here," Brown said. "The message Trump is spreading all over the country, it doesn't work here."

Outside, Tess King, 25, a social sciences and law student, was carrying a sign that said "Chicago Rejects Trump." King had tried to get into the rally but the event was canceled before she got in the door.

"I feel incredibly happy that in our city we managed, through peaceful expression, to make this happen," King told Reuters.

As the crowd began to trickle out, Josh Glaspie, 28, smoked a cigarette on a sidewalk strewn with discarded signs. Glaspie, an Army veteran who is trying to open a restaurant in Chicago, said he supports Trump.

"Trump's not racist," Glaspie said. "These people don't even know why they're protesting." 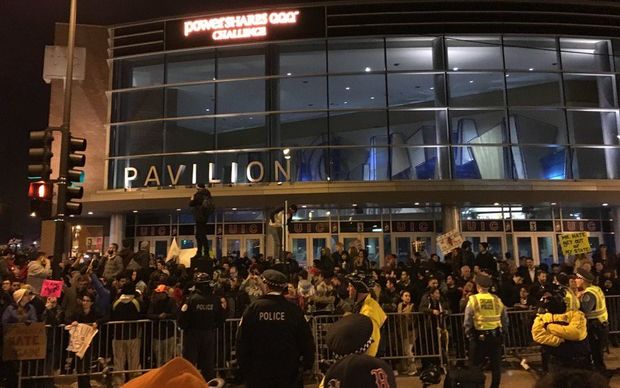