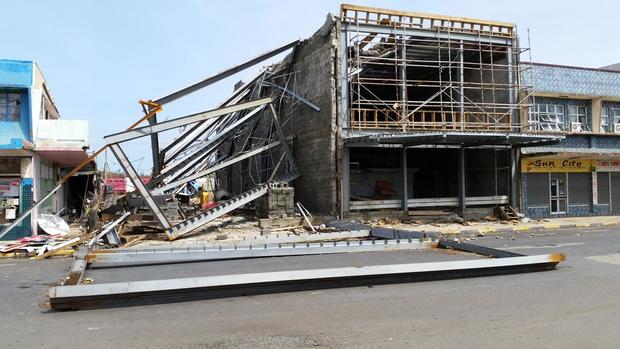 Mr Perrottet, who has spent the past week in Fiji, including the interior of the western division, said houses that should have offered some protection are now uninhabitable.

On the other hand, he said, roads and bridges built in the past five years with the help of overseas investment have stood up well, making it easier to get aid to isolated areas.

He said that was one positive that had come out of the disaster for Fiji's Prime Minister Frank Bainimarama.

"He's got a lot of money that's coming from China in terms of investing in Fiji's roads.

"A lot of roads have stood up to the cyclone. We've been able to see aid and supplies readily get to places they might not have been before - we've seen bridges stand up where they wouldn't have before."

I had a Sunday morning chat with @wallacelchapman about the widespread destruction in Fiji. https://t.co/6ppkflIzuV

The Fijian government has already called for tenders to rebuild rural homes destroyed by the cyclone.

The tender notice requires contractors to be able to mobilise as soon as the contracts are awarded.

Nearly 60,000 people in Fiji have been forced into evacuation centres by last Saturday's category five tropical cyclone, according to official figures.

The death toll remains at 42, with two people missing. 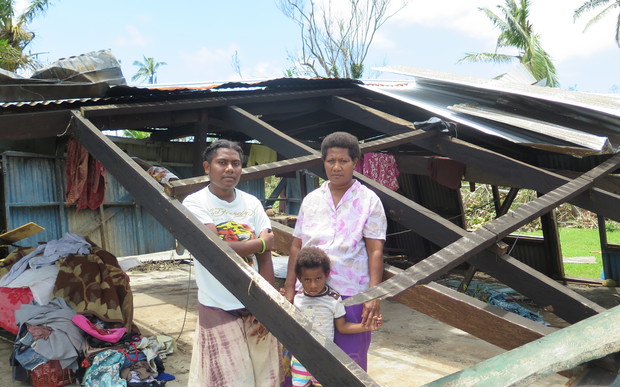 Usenia Nemai and daughters Rusila, 18, and Marie Grace, 5, stand at what used to be the lounge of their two-bedroom home in Driti village. Photo: New Zealand Defence Force