The death toll in Fiji from Cyclone Winston has risen to 42 according to national disaster authorities.

The death toll is expected to increase as remote areas of the country believed to have been hard hit by the category 5 storm have yet to be contacted.

At least one person is confirmed missing. 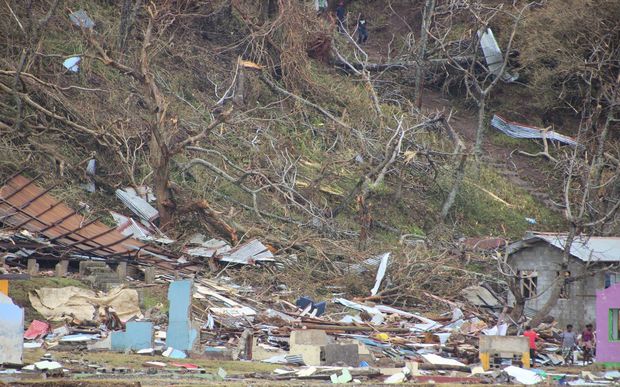 Fiji Village reports more than 13,000 people are currently sheltering at 274 evacuation centres around the country.

About 64 schools have been badly damaged and the number is expected to increase further.

People in rural areas have complained that government relief supplies have not yet reached them, four days after the storm hit.

But the director of Fiji's disaster management office Akapusi Tuifagalele said people who needed food and water after cyclone Winston should go to evacuation centres.

He said distributing aid on a house-to-house basis was logistically too difficult.

"It is a centre that will allow the ease of access for those who are actually affected. We have evacuation centres available that they can go to so that they can be assisted from there for the time being before they go back to their respective homes, eh."

Airports Fiji Limited has announced that all its airports are now operational.

It said the final aerodrome Ono-i-Lau was reached it at midday today, and has now been cleared for landing.

On Tuesday AFL had given the all clear to other airports in the badly hit Lau group - Cicia, Lakeba, Moala and Vanuabalavu in the Lau group were operational.

The company said was able to establish contact with people on the ground at Ono-i-Lau at midday today making it the last of AFL's outer island stations to be cleared for landing.

AFL says there was some damage to terminals in some airports, with those at Koro and Vanuabalavu completely destroyed and the fire station in Savusavu severely damaged.

Follow RNZ reporters Alex Perrottet and Kim Baker Wilson reporting live from Fiji, in the aftermath of the cyclone: