The situation in Fiji is becoming ever more grim for many, with power expected to be off for months, homes without roofs and villages without food.

Power is still off in many areas, and the blunt reality is that it is expected to be four months or more before it is back to normal.

In battered townships and villages people are without roofs and still without food.

Ba, on the west of Viti Levu, is one of those townships. 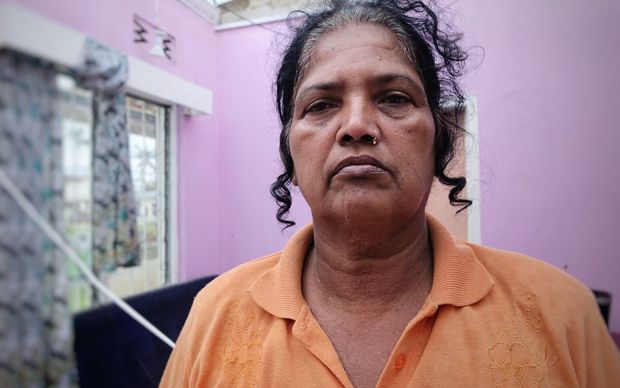 Anul Lata was at her mother's home, standing in water that is ankle-deep in an exposed living area.

We talk in the rain, standing among her mother's ruined belongings.

She said nobody has come to help, and RNZ News was her first visitor.

She said she prayed one room would be spared from being destroyed in the storm for her mother to live in; her mother's bedroom is the only one left.

There is water but no food due to a curfew - but Ms Lata is not sure the shops have any food, anyway.

"God bless you you're the first man to come and see us," she said. 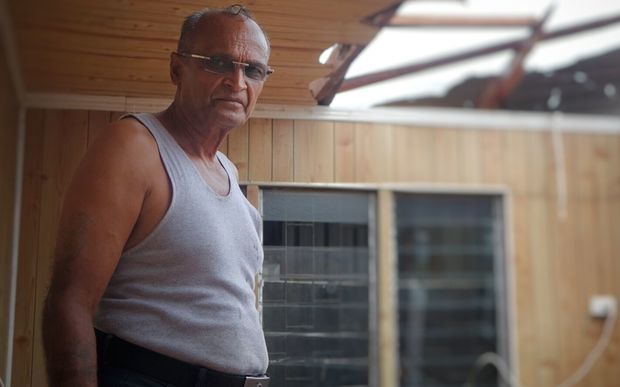 Not far down down road, Sushal Kumar lives on the second storey of a home that has also lost its roof.

It was torn from the living area at the front and has ended up several metres away at the back of the property.

He was in his bedroom when the wind lifted his roof.

Mr Kumar's belongings are in disarray, and his landlord is helping him with food.

"The government has not reached us yet, I think the government is still surveying, they might come soon... we'll see.

There is no power in Mr Kumar's home, and people in it are using a generator at night. 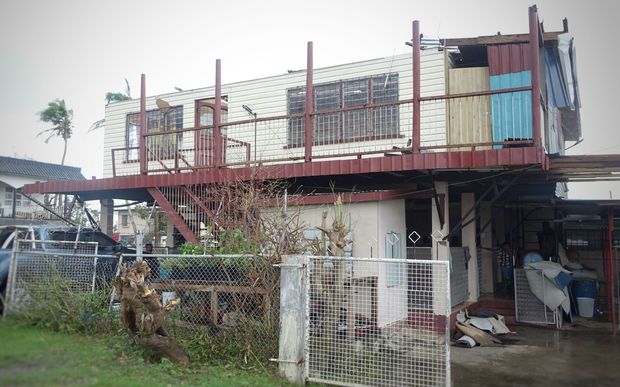 Yesterday came news that people in parts of Fiji could be without electricity for four months or more.

Workers and contractors at the Fiji Electricity Authority are scrambling to clear the tangled web of fallen power lines.

It is a massive task and manager Om Datt Sharma is helping oversee it.

He said most power lines had suffered.

"In previous cyclones the network was not so big... Three of our transmission towers, big pylons, have fallen," Mr Sharma said.

The main high-voltage transmission line had also been damaged and, in one case, a bulldozer was being used to dig an access road to a fallen transmission tower.

"We didn't experience so much damage in the past... This time we had extensive damage."