Fiji has begun a massive cleanup after Cyclone Winston tore through the country, killing 29 people, flattening remote villages and cutting off communications.

Aid agencies are warning of a widespread health crisis, particularly in low-lying areas where thousands of people living in tin shacks have lost their crops and have no fresh water. 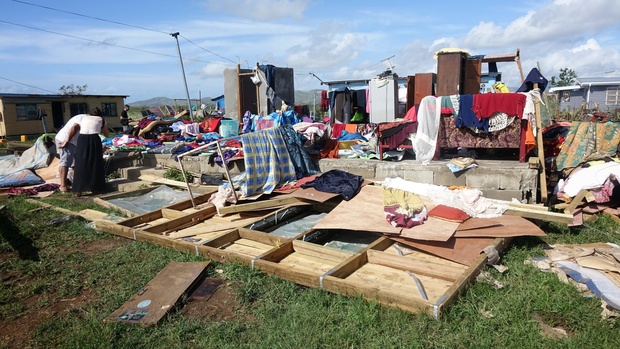 Even for areas that suffered less damage than outlying regions, food and water supplies are a growing concern.

On the main island of Viti Levu, there is little left of Firoz Ali's home, built just last year at the Lovu squatter settlement.

For hours during the powerful storm, he and his family huddled inside a cramped concrete bathroom, now the only part of the house left standing.

Desperate and with nowhere to go, the family are still living on the concrete foundation of what was their house. 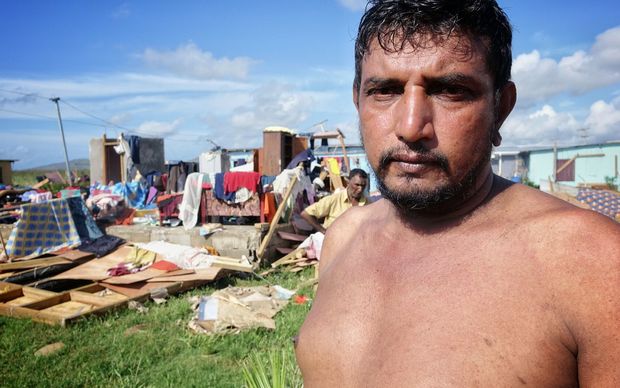 Firoz Ali outside the remains of his home. Photo: RNZ / Kim Baker Wilson

About 300 families live at the settlement, near Lautoka. It was hit twice - first by the biggest cyclone in the country's recorded history, then by floodwaters that came soon after.

Elizabeth Moore is in a home that survived the battering.

"There's no water, there's no power, so we have to [deal with] the resources we have left.

"We have to go out and look for water to nearby areas, we managed to get a couple of buckets.

Ms Moore said the cyclone was the worst she had ever experienced.

"The storm really did scare us, we were just trying to get to higher ground to safety."

She said most homes around her have been damaged or destroyed. 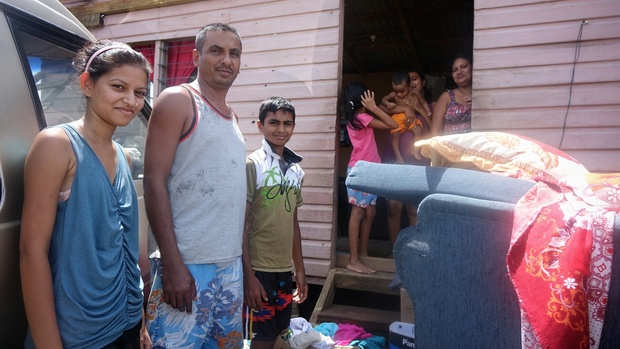 Down the muddy road, Shvnita Shayal, 18, hid with other young members of her family under mattresses, as homes around her washed away.

Her family has laid and draped what belongings they have outside to try to dry them in the sun.

Veena Chand has had to take on another family in her home, after their own was damaged in Lautoka.

"We're afraid of having some kind of disease... the itching has started.

"And the muddy water that we walk around.. and the mosquitos around in the houses," she said.

Ms Chand has been left devastated by the cyclone and flooding it brought.

"Everything was very nice before... but now we feel like crying all the time. And no help, nothing, we have to do everything ourselves."

Michael Naisau, a pastor from the C3 church, has close links with the Lovu community.

"For me it's just a scene of things that I just can't believe."

He said water supplies were are particular concern.

"This is one of the poorest settlements... and the least supported by our business people. For some of them it's back to zero, there's really nothing.

"For some of them it will take them a couple of years to come back to normal. It's just bad to see what's happening."

More than 8,000 people remain in hundreds of evacuation centres throughout the Fijian islands .

A 36-hour curfew has been lifted, allowing the Fijian military to lift efforts to reach more remote areas. 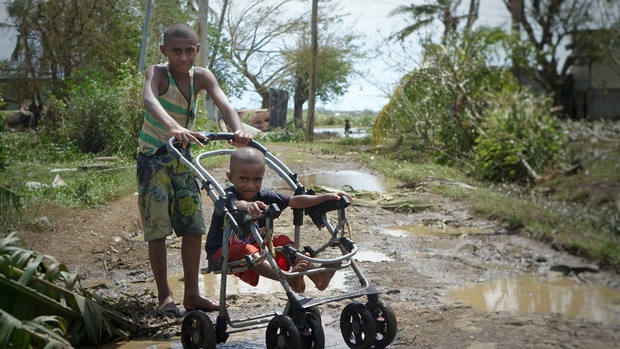