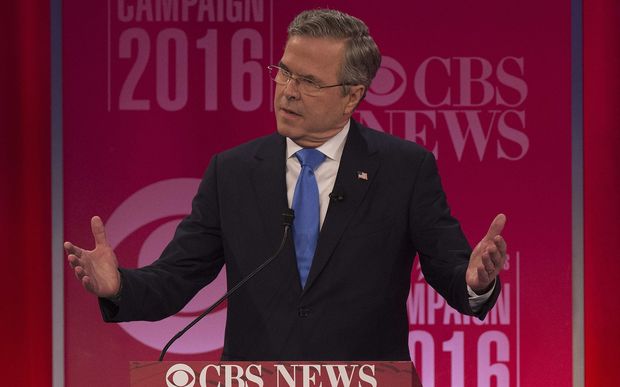 The 43rd US president will appear at a rally in South Carolina today, ahead of Saturday's primary election.

His brother, the former Florida governor, has spent a lot of campaign cash but failed to make an impact.

He is struggling to catch up with Mr Trump and Texas Senator Ted Cruz, who won the New Hampshire and Iowa contests respectively.

Mr Bush's famous family has largely kept out of his presidential nomination battle and he insisted last year that he was running as his own man.

But last week his mother Barbara Bush, wife of former President George HW Bush, spoke out in his support.

And on Saturday, Jeb Bush defended his brother's presidency, saying he had built a "security apparatus to keep us safe".

Mr Trump, a billionaire businessman, tore into George W Bush's record, accusing him of lying about the reasons for the Iraq War, which he said destabilised the Middle East.

He also scoffed at Mr Bush's defence of his brother.

"The World Trade Center came down during your brother's reign, remember that."

Although George W Bush remains a divisive figure nationally, he and his father both won primary elections in South Carolina. 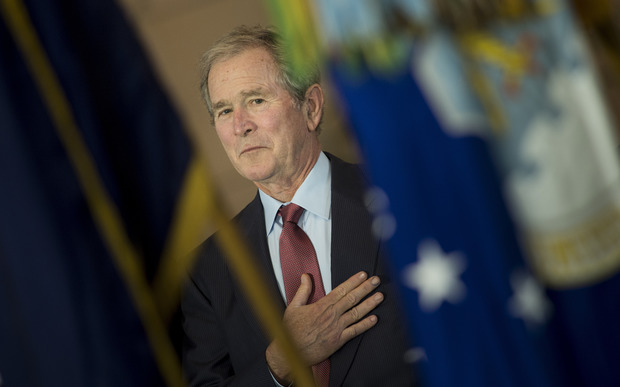 George W Bush will campaign on behalf of his brother. Photo: AFP

South Carolina Senator Lindsey Graham, who quit the presidential race and is now backing Jeb Bush, said: "The Bush name is golden in my state."

Mr Cruz, Mr Trump and Democrats Hillary Clinton and Bernie Sanders have all won one state each.