The number of refugees and migrants who have reached Europe this year has passed one million - four times as many as last year - and the authorities are concerned many more will come next year. 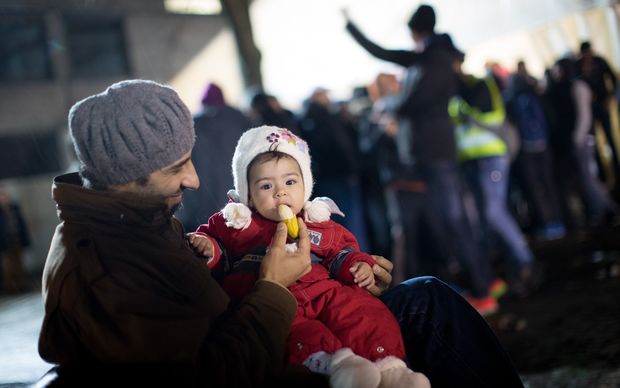 Almost half of this year's arrivals were from Syria, and about a fifth from Afghanistan.

The International Organization for Migration (IOM) said the number of migrants and refugees crossing illegally into Europe by sea and land had passed one million.

The figure for 2015 represents a fourfold rise on the total last year.

Most of the migrants crossed by sea, with more than 800,000 travelling from Turkey to Greece. Half are migrants from Syria.

The influx of migrants has caused significant political rifts within the EU, with some states inside the border-free Schengen area putting up fences and re-imposing frontier controls.

Hungary and Slovakia are taking legal action at the European Court of Justice to challenge EU plans to share asylum seekers across EU states.

Most migrants and refugees want to settle in richer northern countries like Germany and Sweden.

Germany alone has received a million refugees and migrants this year, although many were already within Europe, particularly in the Balkans.

Multiple migrant rescues were reported on Tuesday despite the wintry weather

In the Aegean, 11 people died after their boat went down, apparently en route from Kusadasi in Turkey to the Greek island of Samos.