At least 43 people have been killed in a series of air strikes believed to have been carried out by Russian planes in the Syrian city of Idlib, according to activists and residents.

A marketplace, homes and official buildings were all hit, reports say. Bodies were still being pulled from the rubble, a civil defence worker said.

Russia has not confirmed whether it carried out strikes in the area. 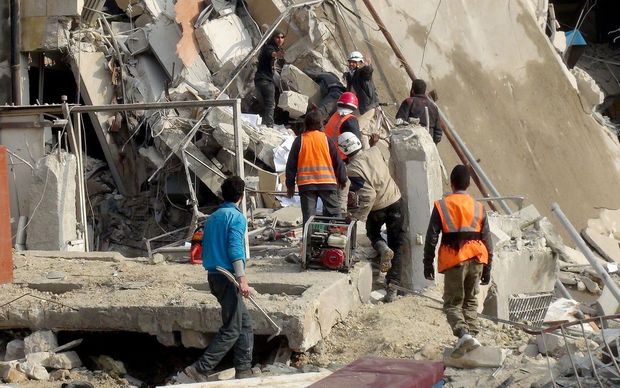 It says it has targeted only "terrorists", above all jihadist militants from the Islamic State (IS) group, but activists say its strikes have mainly hit Western-backed rebel groups.

More than 170 people had been injured in the strikes, the Local Co-ordination Committees, a network of anti-regime activists, said. 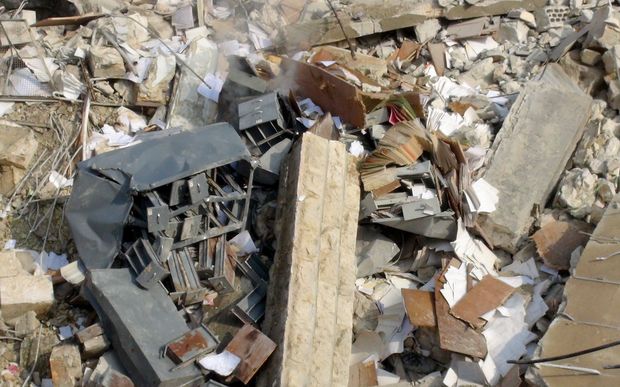 Some of the devastation in in Idlib after the attacks Photo: AFP

It was only the second provincial centre to fall into rebel hands during the conflict, after Raqqa was seized by IS.

Their advances in the area posed a threat to the nearby coastal region, a bastion of support for the government of Mr Assad.

The resolution endorsed talks between the Syrian government and opposition in early January, as well as a ceasefire, but disagreements remained between world powers over Mr Assad's role in Syria's future.

The Syrian war, which is heading towards its fifth year, has killed more than 250,000 people and displaced millions more, the UN says.