The United Nations Security Council has unanimously adopted a resolution outlining a peace process in Syria. 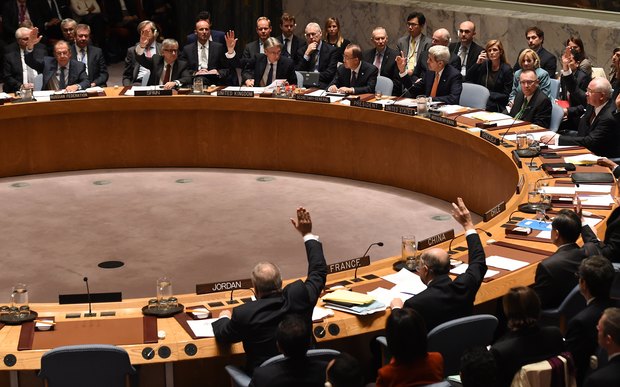 The 15-member council reached rare agreement on the issue in a session in New York on Friday (Saturday NZ time).

The resolution endorses talks between the Syrian government and opposition in early January, as well as a ceasefire.

The Syrian war, which is heading towards its fifth year, has killed more than 250,000 people and displaced millions more, the UN said.

US Secretary of State John Kerry, chairing the session, said the resolution sent "a clear message to all concerned that the time is now to stop the killing in Syria".

"The resolution we just reached is a milestone, because it sets specific goals and specific timeframes," he added.

The resolution calls for a ceasefire that should be implemented in parallel with the talks.

However, actions against groups considered terrorist organisations would not be affected. This would allow Russian, French and US air-strikes against Islamic State to continue.

One of the major sticking points so far has been which rebel groups should be considered terrorist outfits and consequently excluded from any talks or ceasefire.