No weapons or explosives were found during the searches.

Two shots were fired during an operation in Molenbeek, he said.

Brussels will remain on the highest level of terror alert following the attacks in Paris, Belgium's Prime Minister Charles Michel said on Sunday. 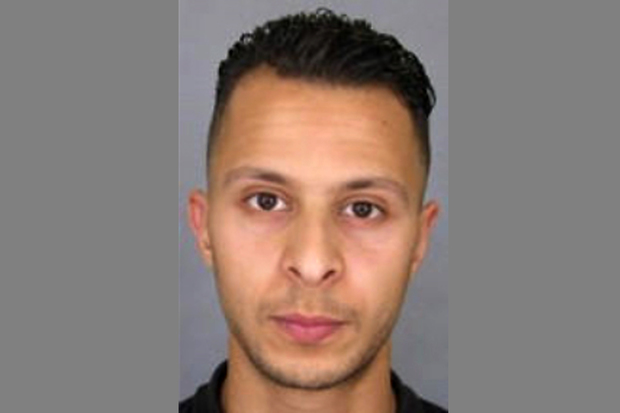 French national Salah Abdeslam is suspected of being among the assailants who killed about 130 people in Paris. Photo: AFP

Brussels has been on lockdown all weekend amid a manhunt for Abdeslam, who is suspected of being among the assailants who killed about 130 people in Paris on Friday 13 November.

Mr Michel told reporters that authorities feared "an attack similar to the one in Paris, with several individuals who could also possibly launch several attacks at the same time in multiple locations".

Meanwhile, the BBC understands that another of the suspected attackers - pictured in a new French police appeal issued on Sunday - arrived in Greece under the name of M al-Mahmod.

The BBC's Ed Thomas has matched the image released by French police with a photo on the arrival papers of a man who reached the Greek island of Leros on 3 October.

French police have asked for more information about the man, whom they say was the third suicide bomber to strike the Stade de France on 13 November. 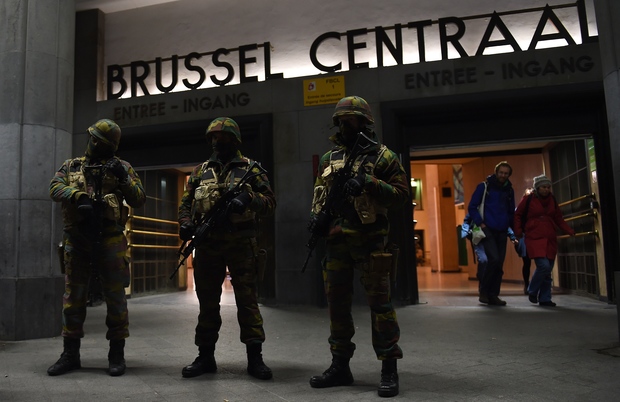 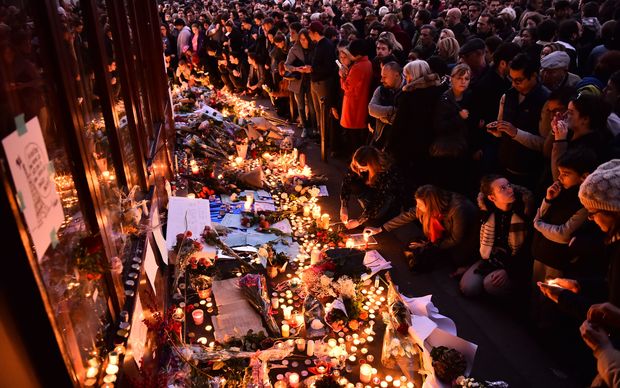 People light candles at a makeshift memorial in front of Le Carillon, one of the sites of the attacks in Paris. Photo: AFP