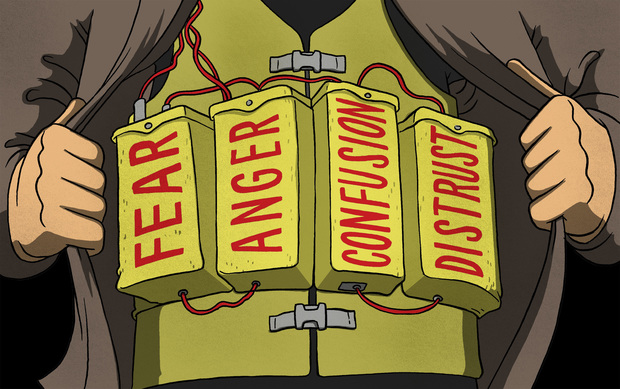 What is the truth and fiction of the Paris attacks of which you speak?

A series of horrific terrorist attacks in six Paris locations late on Friday 13 November have left at least 129 dead. The radical jihadist group Islamic State [IS - also known as ISIS], based in Syria and Iraq, claimed responsibility.

A tragic result of the recent influx of Middle East refugees into Europe?

No. One of the terrorists is believed to have arrived in Europe this year via Greece, but the authenticity of the Syrian passport found by his corpse is in doubt. All the remaining perpetrators and suspects appear to be French or Belgian citizens.

It is, however, a tragic result for Middle East refugees. Politicians on the far right in Europe and the US have demanded a halt to all asylum. At least 20 US governors have said they will refuse to allow Syrian refugees to settle in their home states, though they lack any apparent legal authority to do so.

The terrorists are Muslim, however. There's no getting around that.

It is true that IS members are Muslims, but they are not typical Muslims. These extremist Sunni Islamists, who rely upon hardline and selective interpretations of Islamic scripture, have killed many more Muslims than non-Muslims. As many have pointed out, Christians are rarely expected to take responsibility for the actions of the Westboro Baptists or the KKK.

But IS flourish thanks to popular support in the Middle East.

There is very little popular support for IS in the region, polling suggests.

The answer is simple: retaliate hard abroad and crack down at home.

If only. The IS ideology, in their own words, seeks to "bring division to the world and destroy the grey zone" between its followers and infidels. IS writings, says expert Scott Atran, reveal that "the greater the reaction against Muslims in Europe and the deeper the west becomes involved in military action in the Middle East, the happier ISIS leaders will be".

Nicolas Hénin, who was held hostage by IS for 10 months, writes: "They will be heartened by every sign of overreaction, of division, of fear, of racism, of xenophobia; they will be drawn to any examples of ugliness on social media."

The answer is simple: cut off the Middle East funding.

If only. Some say the Gulf oligarchies are crucial in keeping IS afloat. Others reckon that IS is no longer reliant on such funds, but has become essentially self-sufficient through oil sales, taxation and extortion.

The answer is simple: boost surveillance and halt encryption.

If only. The CIA director was quick to suggest that the growth of online encryption, particularly in the wake of revelations from NSA whistleblower Edward Snowden, were probably responsible for the failure to stop the attacks. Political leaders from the UK, US, New Zealand and elsewhere have echoed that argument.

There is, however, no evidence yet to suggest that curbs on encryption would have prevented the Paris attacks, and critics say it is a predictable attempt by agencies to regain a status beyond the law.

It's a shame the media ignored the Islamic State attack in Beirut earlier in the week.

They didn't. This claim was fuelled in part by a tweet from British personality Jack Jones, retweeted more than 55,000 times, which read: "No media has covered this, but RIP to all the people that lost their lives in Lebanon yesterday from ISIS attacks."

Jones was wrong - and not just because the photograph he tweeted dated from 2006. As writer Martin Belam noted, Google News had indexed more than 1200 stories on the atrocity. Among those who ran coverage were RNZ, Stuff and the Herald Online (it made page leads in the Dominion Post and Herald). 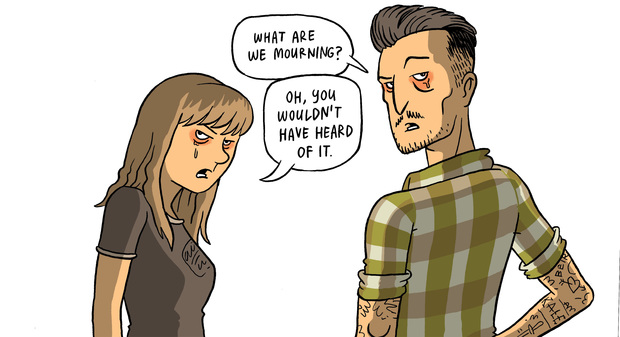 Right. Down with the "tragedy hipsters".

The "tragedy hipster" label, coined after Paris to describe those who "care about suffering and death that you've never even heard of" is unfair for most. Many criticisms about proportionality of coverage are legitimate, even if the attention is broadly audience driven.

The New York Times quotes Elie Fares, a Lebanese doctor and blogger: "When my people died, no country bothered to light up its landmarks in the colours of their flag. When my people died, they did not send the world into mourning. Their death was but an irrelevant fleck along the international news cycle, something that happens in those parts of the world."

Any other fictions circulating?

A host of dodgy assertions, misattributed photographs and doctored images populated social media within hours. And suggestions that the attacks were a government setup designed to simulate events in the videogame Battlefield 3, which included scenarios set in Paris on 13 November 2014, are to be taken with a fist full of salt.

Surely it's the Illuminati.

Kevin Barrett, editor of Veterans Today, is, as ever, conspiratorially obliging.

This was "the usual state-sponsored false-flag stuff ... The first question, as always, is: Who gains? And the answer, as always, is: Authoritarian insiders. Zionists. Militarists. Islamophobes. New World Order-Out-Of-Chaos freaks ... It happened on Friday the 13th (commemorating the massacre of the proto-illuminati Templars) in the 11th month, in Paris's 11th district. It's going to be remembered as '11/13' or 'Friday the 13th.' Illuminati numerology or coincidence?"

Hideous mass murder on the streets of Paris brings revulsion and despair, assertion and fiction - smudges in the margin of the first draft of history.

The fog of borderless war.

* This column appears as part of a weekly series published every Wednesday by graphic artist Toby Morris and journalist Toby Manhire.