British-Danish comedian Sandi Toksvig is setting up a new political party in the UK - the Women's Equality Party. 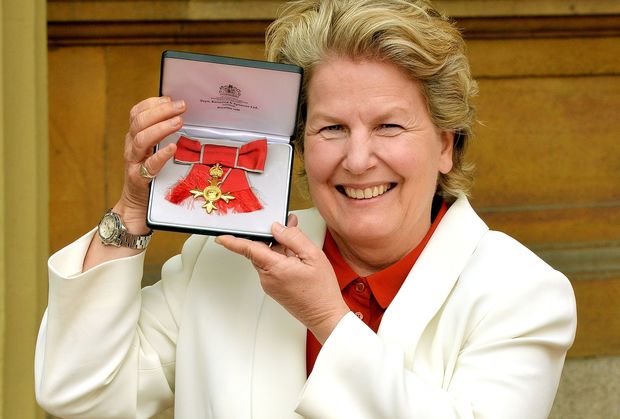 Sandi Toksvig was awarded an OBE (Order of the British Empire) in April 2014. Photo: AFP

"I have made jokes over and over again about politics and, do you know, this election I've had enough," she said.

"And I have decided that instead of making jokes about it, I need to participate."

Speaking on BBC Radio 4's Woman's Hour, she continued: "So I am involved in the founding of a new political party.

"It's called the Women's Equality Party. It is a fantastic group of women - and indeed men - who have decided that enough is enough and we need to make some changes."

They will not be fielding candidates in the 2015 general election but will do so in five years time, she said.

She said it was "very possible" that the party would get MPs elected in 2020.

"Why are people not engaging with politics? Because I don't think the people standing represent the diversity of this country."

Asked why the party was specifically campaigning for women's equality, she replied: "There's a huge issue. Women are certainly not equal. How is it that we still have a pay gap? What is it, 45 years since the Equal Pay Act?

"On average for part-time work, women are paid 35 percent less than men. How is that possible? Ten per cent less in full-time employment. It's the Women's Equality Party because unless we access all the talents in this country we're not going to succeed. Equality's better for everybody."

Author and former Time editor-at-large Catherine Mayer is among the party's other founders.

According to a Facebook post about a recent meeting, their aims and objectives are: Equal representation in politics and the boardroom; equal pay; equal parenting rights; equality of and through education; equal treatment by and in the media; and an end to violence against women.

Asked why she had not joined an established political party, Toksvig replied: "Most of the mainstream parties seem to treat women's issues as if we were a minority group rather than, in fact, what we are, which is the majority of the country.

"So you get separate women's manifestos, or you get childcare talked about as if it was only a woman's issue, and if UKIP and the Green Party have taught us anything, actually pushing our agenda from the outside and pushing the mainstream parties to pay attention is much more successful.

"The party's going to be non-partisan. It's not going to be right or left. It's going to be a very pragmatic, female approach to things, which is to say, 'What is the problem that we have in front of us? And what is the most practical and possible way in which we can solve this?'

"I want the party to attract people from all sides."