The United States and Cuban presidents have shaken hands at a summit in Panama, in a symbolically charged gesture towards restoring ties after five decades of enmity. 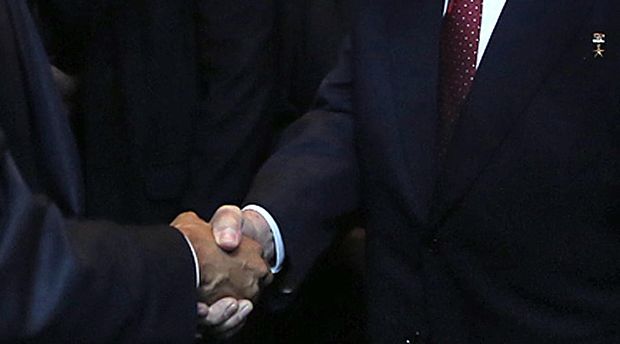 A US official said Barack Obama and Raul Castro greeted each other and shook hands at the Summit of the Americas.

However, a White House official said the pair did not have a substantive conversation.

It's the highest level meeting between the two sides since the Cuban Revolution over half a century ago.

At past Summits of the Americas, which bring together the leaders of North, Central and South America, the US has come in for criticism for its embargo against Cuba and its objection to having Cuba participate in the gatherings.

But Mr Obama told a forum of civil society leaders in Panama City that the days when his country could freely interfere in regional affairs were past.

It came as a Senate Foreign Relations Committee aide said the US State Department had recommended the Mr Obama remove Cuba from the list of states said to sponsor terrorism.

This seventh summit is the first which Cuba will attend and much of the attention was expected to focus on the body language between the former foes. 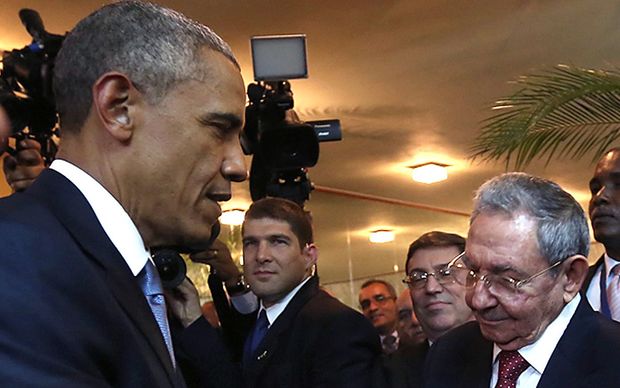 When Mr Obama and Mr Castro meet againat the summit, it will be the first formal encounter between the leaders of the US and Communist-run Cuba in more than 50 years.

Before the summit began, the US president stressed that he hoped the thaw in relations would improve the lives of the Cuban people.

"Not because it's imposed by us, the United States, but through the talent and ingenuity and aspiration and the conversation among Cubans, among all walks of life. So they can decide what is the best course of prosperity."

A marching band and children in national dress of the participating countries waved flags as the summit opened to applause. 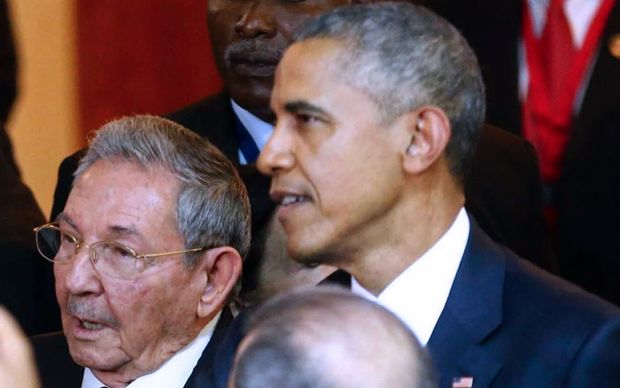