The United States and Cuba are moving to normalise diplomatic relations, more than 50 years after they were severed, in the biggest US policy shift in decades of hostile ties with the island.

President Barack Obama announced the historic shift in policy at the same time as Cuba's leader Raul Castro spoke to Cubans in a televised address. 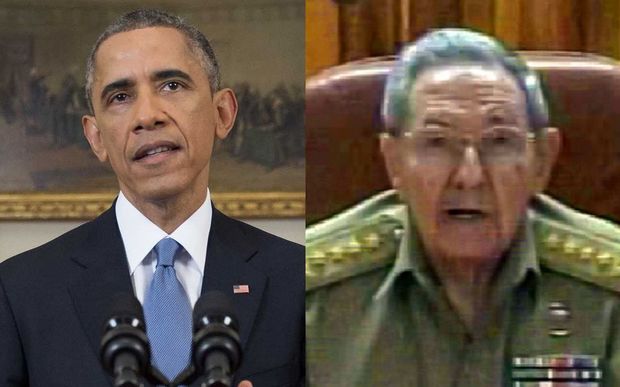 President Obama and President Castro made announcements at the same time. Photo: AFP

Both countries will move to open embassies in each other's capitals and economic sanctions will be eased, President Obama said.

The policy shift will mean a relaxation in some aspects of commerce and transportation between the United States and Cuba, but it does not mean an end to the long-standing trade embargo, which needs congressional approval.

Speaking to the Cuban people at the same time as Mr Obama made his announcement, Cuba's President Raul Castro said the decision to re-establish diplomatic relations did not mean the main issues had been resolved.

The move to normalise relations was made possible by the release of American Alan Gross, 65, who had been imprisoned in Cuba for five years, Reuters reports.

The two countries have been ideological foes since soon after the 1959 revolution that brought Raul Castro's older brother, Fidel Castro, to power. Washington and Havana have no diplomatic relations and the United States has maintained a trade embargo on Cuba for more than 50 years.

Flashpoints in their hostilities included the Cuban missile crisis of October 1962 that brought the world to the brink of nuclear war. Washington's policy has survived the demise of Soviet communism and the end of the Cold War as the United States pushes for democratic reform in Cuba. 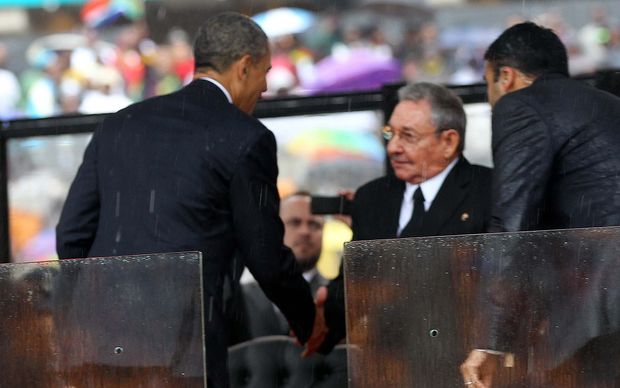 Mr Gross' imprisonment had been a block to any movement by Washington toward improved ties. President Obama said Pope Francis had played an active role in pressing for his release.

The contractor was arrested in December 2009, and sentenced by Cuban authorities to 15 years in prison for importing banned technology and trying to establish clandestine internet service for Cuban Jews.

He had been working as a subcontractor for the US Agency for International Development (USAID). 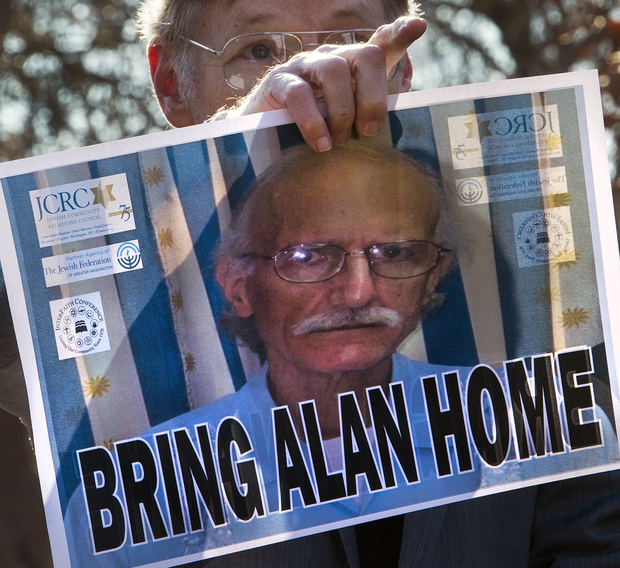 US aid worker Alan Gross been detained by the Cuban authorities for five years. Photo: AFP